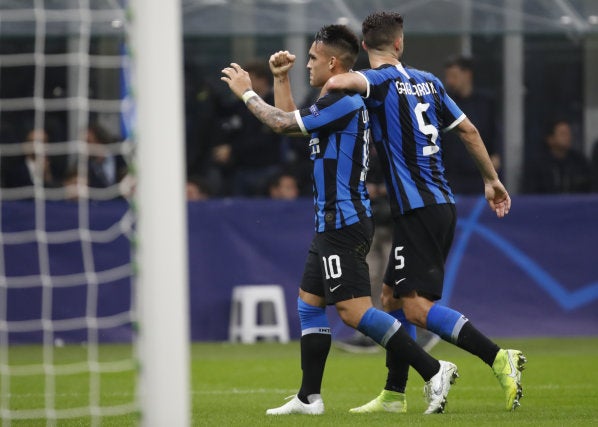 Barcelona are growing more confident that they will complete a deal for Inter striker Lautaro Martínez this summer.

The Catalan giants intend to strengthen their forward line in the upcoming transfer window, with Luis Suarez celebrating his 33rd birthday in January, and former Middlesbrough man Martin Braithwaite not regarded as the man to step into his shoes.

Barcelona have been lining up a move for Martínez since the turn of the year, but face competition from Real Madrid, Chelsea and Manchester City for his signature.

The ​club had been optimistic that the Martinez would favour a move to Camp Nou over their rivals, and appear to be growing ever more certain that they will land him in the transfer window.

According to a report in Spanish news outlet ​Sport, the Catalan giants are confident of making Martínez their first summer signing. The report states that the project and vision at ​Barcelona, in addition to the prospect of playing alongside compatriot Lionel Messi, are big draws for Martínez.

Having come onto Barcelona’s radar after an impressive Copa America campaign, he has been earmarked as a potential successor to Suarez since appearing at Camp Nou in October.

Martínez’s Inter side faced Barcelona in the Champions League group stages, and the 22-year-old made the club sit up and take notice as he opened the scoring within two minutes.

According to ​Forbes, Martinez could cost Barcelona up to €107m, meaning the club may be forced to choose between signing him, or former forward Neymar in the summer.

As a result, Martin Braithwaite’s time at the club will likely come to a premature, anticlimactic but ultimately expected end

The 28-year-old striker arrived on an emergency €18m deal in February due to the long-term injury to Ousmane Dembélé and has so far done the job expected of him – stepping up off the bench to provide cover for tiring legs.

Barcelona are reportedly looking to make a profit on the Dane but will be prepared to break even, with​ Everton and West Ham both interested in taking him back to the Premier League.