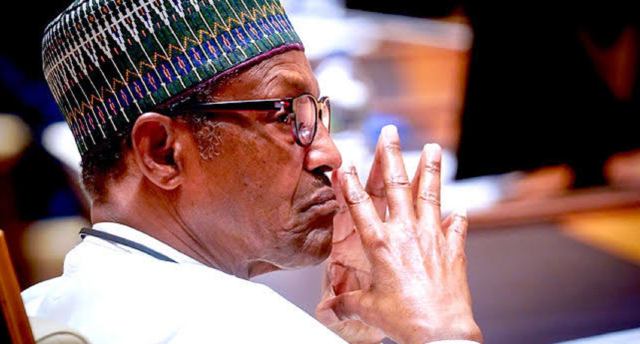 The news that a daughter of President Muhammadu Buhari was in isolation following a recent trip to the United Kingdom put many newspaper editors in a quandary. Identifying the particular lady in quarantine was an issue.

That was because the First Lady, Mrs. Aisha Buhari, who proactively informed Nigerians of the development, did not disclose the daughter that was involved.

The incident prompted many editors into flipping through pictures of the first family. Many who did would have again, come away with the pristine beauty of the First Daughters.

Of course, the beautiful daughters of Muhammadu and Aisha Buhari are genetic products of the president and his wife.

Many have also spoken of the natural endowments of the president. Even in old age, flares of a dashing, gap-toothed, and some say, sexy man, burst into the imagination when old pictures of a young Muhammadu Buhari are projected.

Despite his public stance against corruption and his life-long commitment to monogamy, your correspondent has heard gist that in his younger years that our baba’s dealings in the things concerning the other room were indeed colourful!

With such generous endowments of beauty and a picturesque family, Buhari certainly, as all men has now been seen not to be wholly perfect.

With all his attributes, one thing that has now come out to be lacking in the president is the capacity to communicate.

Indeed, his poor communication capacity will arguably be the morass for his presidency.

That spectre was brought home by the recent resolution of the Senate calling on the president to address the nation on the coronavirus pandemic.

That resolution was particularly significant given that this 9th Senate has been globally reputed to be the most pliant in the history of the Fourth Republic.

It is against that background that Nigerians may well understand the president’s problems in confronting head-on, the greatest threat to humanity in the last century.

One of the leading critics of the president had predicted even before the transformation of the epidemic to a pandemic that the Nigerian president would have a difficulty on it.

Difficulty, not in giving orders to deal with it, but difficulty in pronouncing the name of the virus behind it!

That Kaduna born critic and former ally of the president had reasoned that on account of nature that our beloved president would find it difficult to pronounce the word coronavirus.

So when the World Health Organisation, WHO, eventually framed the disease caused by coronavirus as COVID-19, it undoubtedly would have come as a relief to the president and his handlers.

Now, that vexatious tongue-twisting name could be addressed more easily.

So after much pummeling on social and conventional media, and following the Senate resolution, the president frontally addressed the health scare last Sunday and referred to the disease as COVID-19.

That gaffe again, went to underline the need for political candidates to be subjected to debates and questionings as a way of verifying their capacity to lead in times of emergency either at the state or federal level.

For Buhari, many Nigerians took the bait of the handsome and taciturn gentleman. Those assets have simply failed to gain traction against coronavirus.

In the midst of the last depression in the United States, the regular voice of President Fredrick Roosevelt was an encouragement to many Americans. Despite having even a more natural disadvantage in that he was lame, FDR repeatedly roused Americans through the depression and the Second World War to see hope.

On that score, our President Buhari has been flayed for failing to relate with Nigerians in times of their need.

It is indeed a wonder what survivors of the recent Lagos pipeline explosion would think of his failure to reach them in their time of need.

The release of N10 billion to the Lagos State Government to fight the pandemic and certain proactive actions of the president have been generally commended.

But beyond all that, is the desire of Nigerians to see their president taking charge, leading from the front.

Even if he would not talk much, but let him come out to be seen giving hope to the citizenry.

He may well not know that the sight of his person would not just reassure the people, but indeed, even send chuckles among the ladies as they remember what a handsome dude he was in his prime.