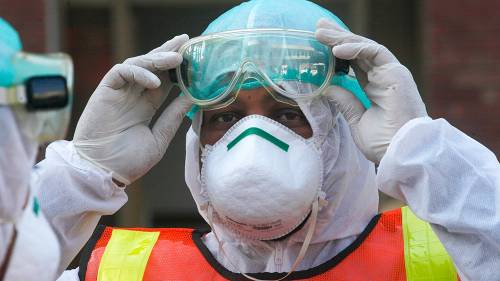 This brings the total number of persons discharged in the state to eight.

The lagos State Government has discharged five persons infected with Coronavirus in the state.

This brings the total number of persons discharged in the state to eight.

The infected persons were isolated at the Infectious Disease Centre, Yaba.

The patients, who spoke to journalists, commended health workers for their sacrifice in eradicating the virus in the country.

They however, appealed to the government to hugely compensate the health workers for their service to the country and also invest in the health sector.

“Initially, there were hitches but it later turned out fine. The health workers did fine, all our challenges were attended to. I’m a living witness together with my other colleagues.

“I want to appeal to the Federal Government and Lagos State Government that they should remunerate all those workers who have volunteered to work accordingly so as to serve as an encouragement to others.

“If they are not here as first responders, many would have died,” one of the released persons said.

They also urged all to obey laid down precautions to prevent the further spread of the virus in the country.