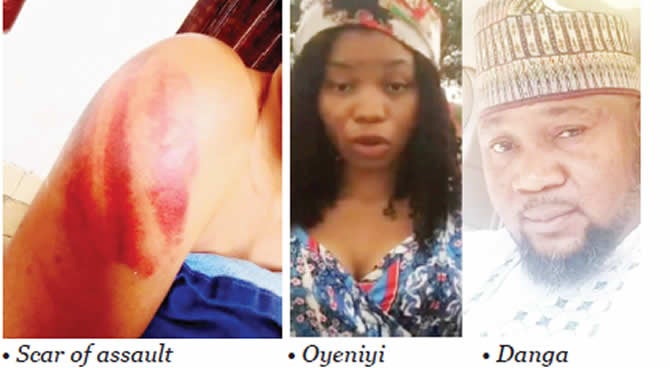 Governor Yahaya Bello of Kogi State has ordered accelerated investigation into the alleged battering of a beauty queen, Elizabeth Oyeniyi, by the state Commissioner for Water Resources, Abdumumini Danga.

Oyeniyi had on March 29, 2020, made a post on her Facebook page about Danga not taking care of his sibling, who is her friend.

It was gathered that the post did not go down well with Danga and he allegedly ordered his boys to look for Oyeniyi and beat her up.

The victim told FASTLOADED.that after she was beaten by the boys, she was ordered to strip naked and apologise to the commissioner thereafter.

The 23-year-old beauty queen added that the commissioner took her to a hotel and raped her.

She said, “I left Abuja for Okene to stay with my friend because of the spread of the COVID-19 and on getting there, she explained to me that the commissioner, who is her stepbrother, had not been taking care of her.

“I saw a post made by a local comedian showing the commissioner distributing foodstuffs to people and I made a post that charity should begin at home and that the commissioner should take care of his household before taking care of outsiders.

The comedian saw the post and screenshot it after insulting me in the comment section for making that kind of post. An hour later, some guys came to my friend’s house to pick us up on the instructions of the commissioner and they took us to Lokoja.

“On getting to Lokoja, I was beaten up by the commissioner and his boys; I was asked to strip naked and a video was made and my friend and I were made to apologise under duress to his fans and him that what I posted about him was wrong. He later took me to a hotel for the night and forcefully had sex with me.

“I have been living in fear of what they might do to me, because they threatened to pour acid on me and take my life. The commissioner is threatening me to come out and drop the case. I want justice to be served, because he treated me like an animal and said nobody would fight for me.”

When one of our correspondents contacted Danga, he told her to call back in 30 minutes; however, subsequent calls put across to him were not picked and a message sent to his telephone line was not replied as of the time of filing this report.