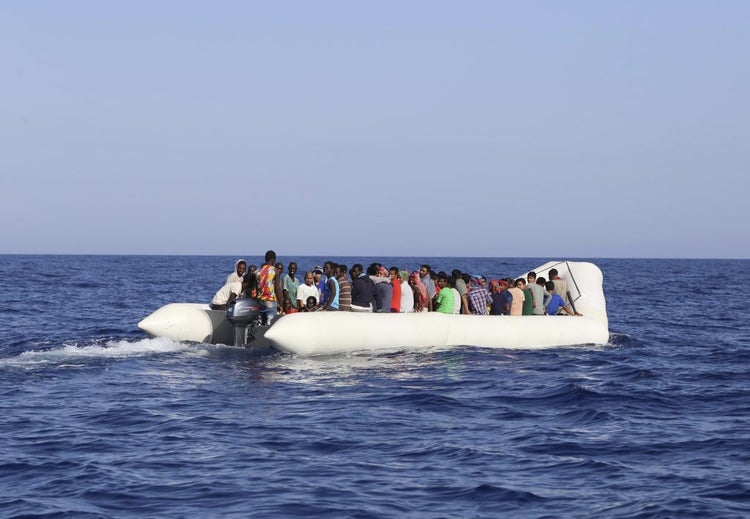 The Nigeria Immigration Service in Cross River State has arrested nine Cameroonians and four Nigerians for illegal migration through the waterways and for contravening the Federal Government’s “COVID-19 stay at home order”.

The Comptroller of immigration in the state, Okey Ezugwu, told FASTLOADED TEAM that his men made the arrest during an inspection at Mfum Border in Etung and Ikang Border Post in Bakassi Local Government Areas.

According to him, the suspects were arrested at the early hours of Thursday while trying to enter Nigeria through the waterways.

FASTLOADED  reports that eight of the Cameroonians were arrested at the Mfum Border in Etung, while one was arrested at Ikang Border alongside four Nigerians.

He said NIS had to embark on “show of force” within Calabar metropolis to ensure that no foreigner or any Nigerian is allowed to enter or leave the country at the moment.

“Before this kind of movement can take place, there must have been connivance, especially with the local communities,” he said.

He urged border communities to assist NIS police the borders, adding that whatever affects one Nigerian at this period affects the whole country.

Ezugwu said he will take up the matter with the traditional ruler of Ajarsor in Mfum Border to ensure that such a route is not used again for illegal immigration.

FASTLOADED had reported that the Federal Government had shut all borders into the country including airways and waterways as part of measures to curtail further importation of the novel virus which has infected about 200 people in the country killing two persons.