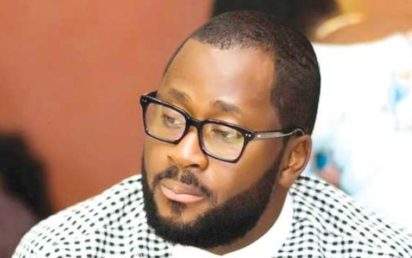 Hollywood actor-turned-lawmaker, Desmond Olushola Elliot has described his social media critics as “agents of negativity” for deriding his hand wash donation to his Surulere constituents.

Reacting in an Instagram post yesterday, the visibly angry lawmaker berated the social media community for their habit of not seeing anything good in whatever other people have done.

He particularly lamented the alarming rate at which negativity thrives on social media, adding that he’s always attacked in spite of the good works he has attempted to do in his Surulere constituency.

According to him, while he is not averse to criticisms, anyone criticising him must be constructive, in addition to taking into considerations his other previously accomplished projects.

The lawmaker lambasted bloggers and social media users for peddling negativity, and rarely doing anything to support in nation-building.

“Normally, I would have ignored them, but this has to do with life and death due to the COVID-19; a response from me is very necessary this time. I got a couple of messages from people showing me the backlashes and criticisms going on social media concerning my hand washing project.

after he showcased his hand-washing project to support the Lagos State government in combating the spread of COVID-19.

Some Nigerians on social media seemed unimpressed with the project and they expressed their dissatisfaction.