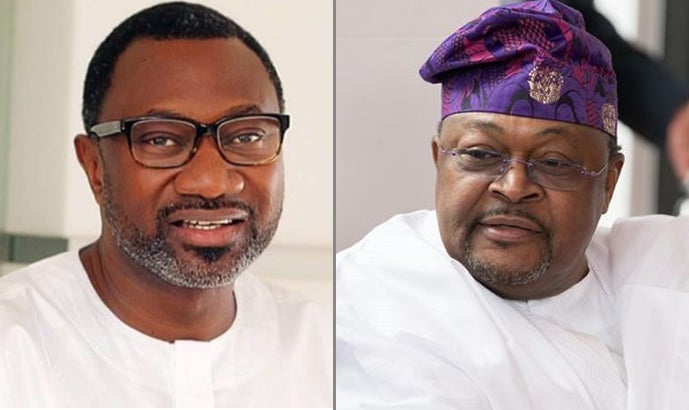 Oil magnate, Femi Otedola, has advised billionaire businessman and founder of Globacom, Mike Adenuga, to redeem his pledge to donate N1bn to the fight against the COVID-19 pandemic.

Otedola also advised telecommunications firm, MTN, as well as cement company, Lafarge, to redeem their pledges of N1bn each.

He was reacting to a statement issued by the Central Bank of Nigeria that Adenuga, Lafarge, MTN and another firm, John Coumantous, had yet to redeem their pledges as of Friday, April 3, 2020.

Reacting to the statement, Otedola said, “Not yet redeemed! Let our word be our bond. Redeem pledges to the Coalition Against COVID-19. The Central Bank of Nigeria at the close of business on Friday, April 3, 2020, listed a few donors yet to redeem their pledges.

“I encourage them to fast-track this intervention to save lives during the pandemic. Every life counts.”

In a previous post, Otedola, who is the Chairman, Geregu Power Plc, revealed that he had made his donation of N1bn and also presented evidence.

The businessman, who described himself as a man of integrity, also saluted others who had kept their word.

Otedola wrote, “Matching words with action is the hallmark of integrity hence the fulfilment of my N1bn donation which has been published above by the Central Bank of Nigeria.

My word is my bond and this has always been the bedrock on which my life is based. I salute other contributors listed above who have honoured their pledge and call on those who have yet to fulfil their own pledges to this noble cause that will undoubtedly save lives.”

Some of the donors who have redeemed their pledges include billionaire businessman, Aliko Dangote, who donated N2bn, as well as Chairman, BUA Sugar Refinery Limited, Abdulsamad Rabiu, who gave N1bn.