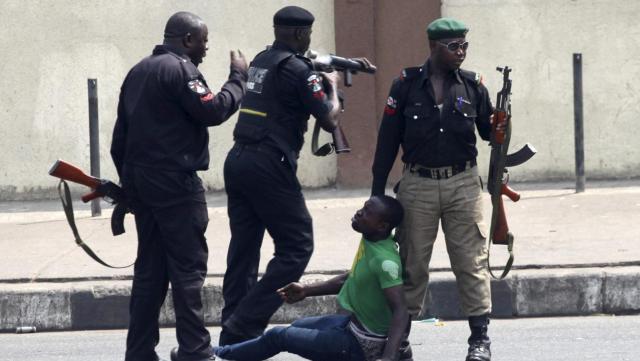 A clash between operatives of Civilian Joint Task Force (JTF) and some youth in Tirkania community, a suburb of Kaduna over enforcement of the stay at home order of the state government has claimed four lives with many injured.

It was gathered that the JTF officials Monday tried enforcing the lockdown order at a local market in the area when the fight occurred.

A source, Alhaji Nuhu Mohammed Marafan Nasarawa, disclosed that “the crisis started between the youth and JTF before the police came in trying to enforce the stay-at-home order.”

The source added that they thought things were over when the JTF officials left the scene, only for them to return and accompanied by the police.

The Policemen from Kakuri dispersed the aggrieved youth with teargas. Later, we heard shots, live bullets as some youth threw stones at the police.

Yes, four of our boys were killed and we have buried them. We have 10 others who sustained gunshots injuries, seven are in critical condition as we speak. I called on the Army and other community leaders to calm the angry youth, who had vowed to take revenge against the police,” he said.

“Among the dead is a 30-year-old Musa Aliyu, who was killed after rushing out of the bathroom to see what was happening outside .”

Ali Balteh, the father of the slain Musa Aliyu, who resides at Dogaje Street Tirkania, said that his late son was having his bath when some youth jumped inside their compound.

“Musa rushed out of the bathroom when he saw youth jumping into our compound. So, he went straight to the gate to see who was chasing them that was how police shot him on the left hand and the bullet penetrated into his chest,” he said.

He was taken to a private hospital where he was confirmed dead together with the others.

The Kaduna State Police Public Relations Officer, ASP Mohammed Jalige, said the command will issue an official statement after hearing from the Divisional Police Officer in the area.