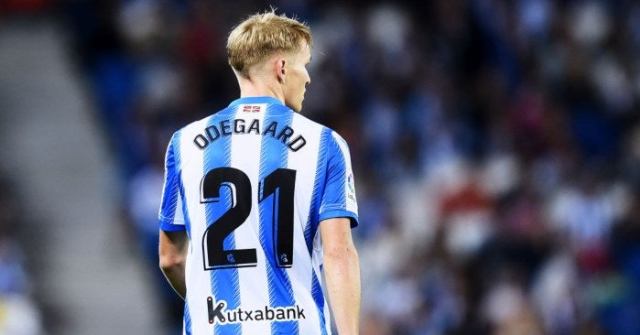 The 21-year-old had struggled at Real since joining from Stromsgodset in 2015, but loan spells in the Netherlands with Heerenveen and Vitesse returned 11 goals and rave reviews.

He caught the attention of Liverpool before moving to Real Sociedad for another temporary spell, this time under the watchful eye of Real in La Liga.

Odegaard has seven goals and eight assists in 28 games for La Real, who sit fourth in the table and were on course to qualify for the Champions League before the global pandemic forced the season’s suspension.

Leonid Slutsky, who worked with Odegaard at Vitesse, confirmed that Liverpool had made an offer.

“His time at Vitesse has been very important,” he told EFE.

“He became one of the best players in the Eredivisie and had many offers in his pocket. Not only from Real Sociedad, but also from Liverpool and Ajax.

It is an honour to have had a share in Martin’s growth as a footballer.”