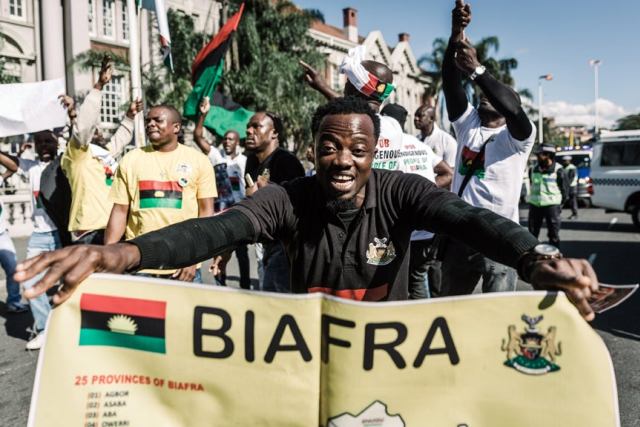 THE Indigenous People of Biafra (IPOB) has faulted the pattern of disbursement of federal government’s palliatives to poor Nigerians to cushion the effects of the lockdown over the coronavirus pandemic, alleging lopsidedness in the exercise against the South East and South –South geopolitical zone.

IPOB Media and Publicity Secretary, Comrade Emma Powerful in a statement, regretted that the National Cash Transfer office handling the disbursement had concentrated on people from the Northern zones, adding that only few persons in one state in the South East were remembered in the largesse.

The statement read: “A critical analysis of the information on the data base of the NCT office on the number of beneficiaries from the largesse on zone by zone basis reveals that South East is at the bottom of the table, just after South- South, while Northern zones are on top. This is provocative and a blatant confirmation that Nigeria has incurable hatred for Ndigbo and indeed other Biafrans in the old Eastern region.

This continued rejection and humiliation of the people of old Eastern region is a confirmation that the federal government does not see us as part of Nigeria. Nigeria and her agency are making it more open for those who don’t know that Biafrans are not part of Nigeria.

The pro –Biafra group added: “What other information does this discrimination show, other than open rejection for South East and South South zones? Can the world now see why we earnestly yell for Biafra?”