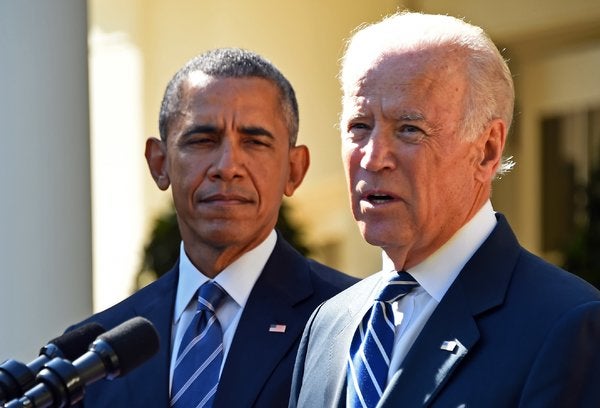 Barack Obama will endorse his longtime deputy Joe Biden for US president Tuesday, sources close to the former commander in chief said, as the Democratic Party rallies around its flagbearer ahead of November’s election

Obama, a popular two-term president and Donald Trump’s predecessor in the White House, will release a video Tuesday with his endorsement of Biden, the sources said.

The 77-year-old Democratic stalwart and former vice president is the party’s presumptive nominee, after his lone remaining rival Bernie Sanders dropped out of the race last week.

The leftist US senator from Vermont endorsed Biden on Monday.

Obama forged a special bond with Biden during the eight years the former Delaware senator served as his vice president, awarding him the presidential medal of freedom in January 2017.

But the nation’s first African-American leader has largely flown under the political radar over the past year, prefering Democrats battle for the nomination without his interference.

While publicly neutral, Obama did play a role in persuading Sanders to end his campaign and endorse Biden, The New York Times reported.

Obama had unwittingly starred in multiple campaign advertisements by Biden, Sanders and other candidates as they scrambled for advantage ahead of key statewide primaries such as those on Super Tuesday on March 3.

At campaign events and debates Biden made sure to show he is running as Obama’s heir, routinely highlighting the partnership with his former boss.

But Biden had made clear from the start that he would run for president on his own terms, and without an early endorsement from perhaps the most popular politician in America.

“I asked president Obama not to endorse,” Biden said back on April 25 on the day he launched his candidacy. “Whoever wins this nomination should win it on their own merits.”

Obama’s endorsement comes relatively early in the race compared to 2016.

That year he waited until June 8 to endorse Hillary Clinton, who had clinched the Democratic nomination against rival Sanders two days earlier.

An endorsement by Obama now is a move towards uniting what had been a fractured Democratic Party.

Sanders, a leftist and self-described democratic socialist, has pulled the party to the left, and Biden has embraced some but not all of his policies including a $15 minimum wage and efforts to make college more affordable.