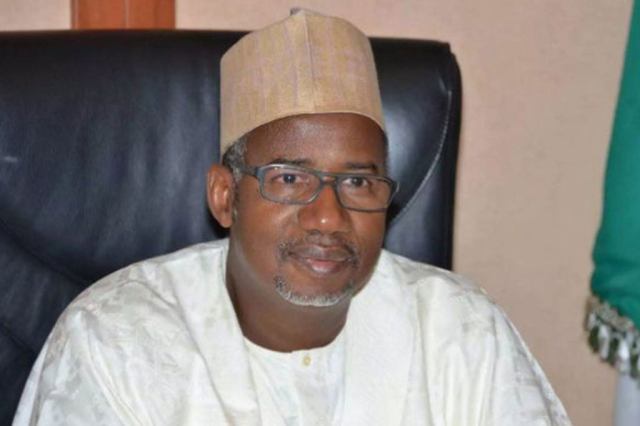 Many businesses are counting their losses while a five-year-old boy has been reportedly killed in Muda Lawal Market, one of the major markets in Bauchi after fire gutted parts of the market.

He confirmed that a section of the market was destroyed while noting that the incident happened at the centre of the market where lots of trading activities were going on.

Although we don’t know the real cause of the fire, a Keke Napep that was parked close to a truck could have started the fire as a result of an electric spark people said they saw. We recorded huge losses in the fire outbreak. What is even worse is that a 5-year-old boy who was sleeping in one of the shops in the market during the fire incident died. So far, 17 shops, 8 cars, 11 motorcycles and 1 Keke Napep were burnt in the inferno.

“Some youths were throwing stones at the vehicle of fire service because they were angry they came late to the scene of a fire incident. It took the intervention of the security agents to calm the situation,” he said.

Meanwhile, Bauchi State governor, Bala Mohammed, while commiserating with traders of Muda Lawal Market on the inferno that destroyed some shops and properties worth millions promised palliative measures to cushion the effect their losses.

On behalf of the government of Bauchi State, we have come to commiserate with you over this monumental loss in Muda Lawal market which is one of the biggest markets in Bauchi.

I understand that about 17 shops have been burnt and one life was lost. Our government will take steps to cushion the effect of the loses by bringing some palliatives immediately so that you will go back to business.

On COVID-19, Governor Mohammad said the state government will enforce a minimal lockdown while also urging people to always exercise social distancing to contain the spread of the virus.

“I want to seize this opportunity to tell you that COVID-19 is a reality, I just came out of it and it is not a joke. I urge you to continue to exercise social distancing as we are going to enforce minimal lockdown. We cannot afford total lockdown because people must eat” the governor noted.

Governor Bala who stated that God tested his faith with COVID-19 revealed that his government has ordered the complete closure of all the borders leading to the state, especially with Kano state in order to deny index cases from entering the state.

“I want to place on record that Bauchi has closed all its borders with Kano and will remain closed until things change for good. If we have 20 cases in Kano, be sure we have to really man our borders to make sure no goods nor person come from Kano and nobody from our market goes to Kano,” he added.