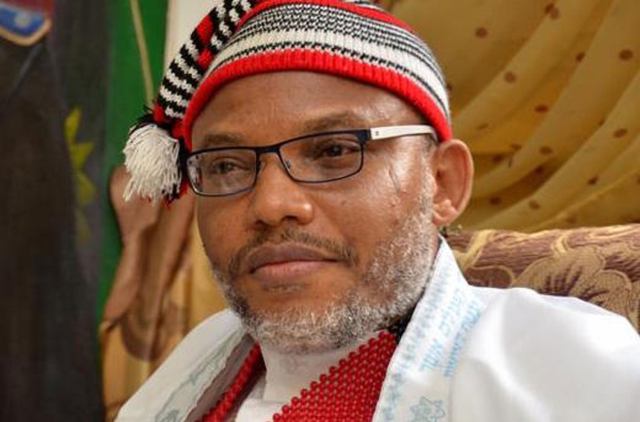 The leader of the Indigenous People of Biafra (IPOB), Mazi Nnamdi Kanu, yesterday threw his weight behind United States President Donald Trump, over his stand on China’s activities to the spread of coronavirus in the world.

Mazi Kanu berated all the people and organization that are criticizing President Trump over his comment against China on a spread if Coronavirus, saying that they are collectively working to destroy humanity with their actions and policies.

In a statement by Kanu, made available to newsmen, he said President Trump like any mortal, cannot be perfect, but never make mistake in speaking out against evil, adding that “Anybody or organization that Donald J. Trump hates, go and investigate that person, there is something heinous about them.”

The pro-Biafra group leader alleged that “Bill Gates and his family have never meant well for Africans, his father was part of those who initiated Planned Parenthood Initiative, to reduce the population of Africa, their family business is White supremacy.”

He alleged that China and World Health Organization, WHO, knew about Coronavirus since November 2019 but decided to keep silent because of their respective selfish interest until it started speed in December, 2019.

“They are clever, that is why they chose an Ethiopian man as the Chairman of WHO so Africans cannot complain when they introduce their repressive tendencies.

Kanu, wondered why Bill Gates who is not an officeholder in either the WHO or UN should be allegedly allowed dictate for the world by allegedly saying that, “Unless you vaccinate, you cannot be in any public gathering”

Who is Bill Gate to tell the world what to do, what position does he hold in WHO and United Nations that he will say unless you vaccinate, you cannot be in any public gathering.

“He is not working with the UN, they want you to vaccinate not because they want to protect you from Coronavirus but to kill you off and to sterilize our women.”