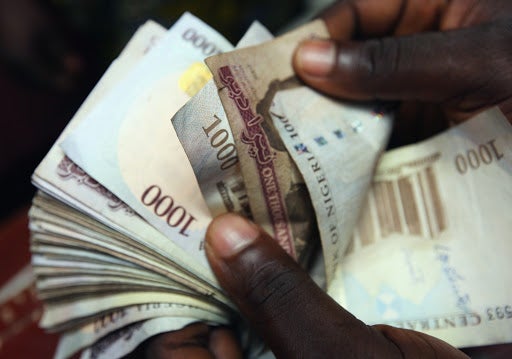 A Civil Society watchdog, the Africa Network for Environment and Economic Justice, ANEEJ, and its MANTRA partners disclosed on Wednesday, of monitoring the returned $322.5 million Abacha loot nationwide.

This was contained in a statement signed by the Executive Director, ANEEJ, Rev David Ugolor, in a reaction to the President Muhammadu Buhari’s broadcast on Monday, and described it as welcomed development following the directive given to increase the number of poor Nigerians to benefit from Conditional Cash Transfer Programme particularly in the face of the COVID 19, which the CSOs hailed the directive to expand the Nigeria social register from 2.6 million households to 3.6 million households in the next two weeks.

However, Ugolor called on the Federal Government and the World Bank to ensure that poor Nigerians to be added to the list follow transparent and best practices in social protection programme like the Community Based Targeting model.

He said: “The National Social Safety Nets Coordination Office (NASSCO) developed the current national register using the Community Based Targeting model where members of an indigent community identify what poverty means to them and who the community considers the poorest households amongst them.

We want such a model to be used to identify the additional one million beneficiaries. We hope the technical committee set up by Mr. President will be working with NASSCO to generate the list of beneficiaries.

“We also want some clarifications from the government if the new enrollees would be entitled to the returned $322.5million Abacha loot or some more funds are going to be injected into the scheme following the expansion.”

Meanwhile, the Executive Director, FAHIMTA Women and Youth  Development Initiative, FAWOYDI, and North East Coordinator of MANTRA, Hajiya Maryam Garba,  also commended the presidential directive, but urged that  the GFAR principles agreed between the Federal Government, the Swiss Government and the World Bank in the MoU signed in Washington DC in 2017 should be adhered to in selecting the new beneficiaries in order to avoid politicization of the process.

Garba also added that Nigerians were raising the alarm that some politicians were trying to add names of people who were not in the list of beneficiaries of the recovered and returned Abacha loot.

Nigerians saw how politicians want to have their way in deciding those to make the list of beneficiaries and the debate that it generated. There is a global standard used to identify the poorest of the poor in communities and we would not want politics brought into the list of country’s social register enrollees”, she said.

Also reacting was the Executive Director, Socio-Economic Research and Development Centre, SERDEC, Mr Tijani Abdulkareem, alerted and urged the Federal Government not to allow pressure from the politicians in expanding the National Social Register.

However, on the presidential directive on expanding the number of beneficiaries, the Executive Director of Resource Centre for Human Rights and Civic Education, CHRICED, Kano, Mallam Ibrahim Zikirullahi, who earlier welcomed the presidential address, pointed out that the communication strategy adopted by government to prevent the spread of COVID 19 demands more robust strategy at the sub-national levels.

In kano as in other Northwestern States, there is information gap which needs to be urgently addressed using a comprehensive and robust communication strategy involving government, Civil Society Organisations and community gate keepers”, Zikirullahi said.

The Secretary-General of the Bayelsa Non-Governmental Forum (BANGOF), Mr Keme Opia, decried the absence of government’s presence in the South-South region to distribute the returned Acha loot to people in the region apart from Cross River State.

According to Opia most States in the South-South have not been benefiting from the Conditional Cash Transfer Programme and urges the Federal Government to use this opportunity to bridge the existing gap.

“I am happy with the presidential directive for the expansion of beneficiaries of the scheme, but we want to see more states in the South-South benefiting also. With the nationwide lockdown and COVID 19, the poorest of the poor in the south-south are at the receiving end as well and the new expansion should see poor people in South-South of Nigeria also benefiting”, he said.

Also speaking in the same vein and lending his voice to the position of South-South MANTRA Coordinators, Executive Director of New Initiative for Social Development (NISD) and Southwest Coordinator of the MANTRA project Abiodun Oyeleye, urged the Federal Ministry of Humanitarian Affair, Disaster Management and Social Development as well as NASSCO office to ensure that poorest of the poor in Lagos and Ogun States locked down by the federal government are not just enrolled in the scheme but are also paid to cushion the hardship they are facing in the two states

In a similar development, a Board Member of the New Apostolic Church Centre for Development (NCD), Victor Oriakhi, queried why Edo State which is the fourth most affected state in Nigeria with 14 cases of Corona Virus confirmed cases is not yet receiving the Cash Transfers from the federal government.

We want the Federal Government to use this opportunity to correct perceived imbalance in the Social Investment Programme, SIP,”, Oriakhi stated.