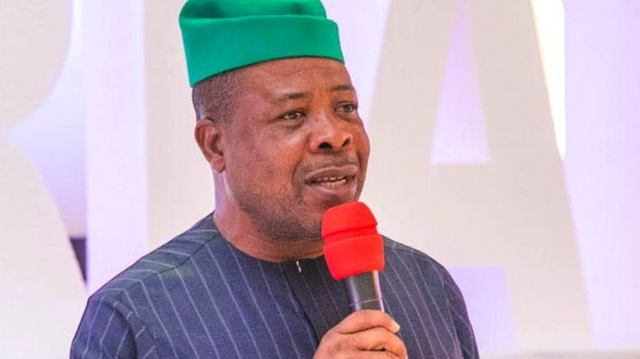 The Imo State government yesterday said that the Interim Management Committee, IMC, chairmen under former administration of Emeka Ihedioha, have expressed their readiness to explain their level of involvement in the alleged misappropriation of the N19.63 local government funds in the state.

The Commissioner for Information and Strategy, Declan Emelumba, spoke in Owerri, on the ongoing recovery process of the funds by the Auditor General for local government from those who were said to have mismanaged the monies.

In Emelumba’s submission, the chairmen were eager to exonerate themselves by saying what they know about the funds, one of which he said was the procurement of earth moving equipment for all the 27 local government areas.

Nobody is talking about probe here. What the audit report is saying is that some people fictitiously spent local government money and it is improper. They should refund the money.

What is at stake here is that the auditor general for local government did an audit  report and discovered that a staggering amount of N19. 63 billion was fictitiously spent  for contracts that were not executed, were withdrawn from JACC, without a clearly stated purpose for that and they asked the governor, Hope Uzodinma, for approval to recover the money and the governor gave them the approval.”