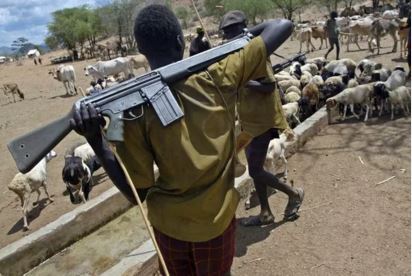 It was  gathered that the deceased before his untimely death was a member of IFAD-VCDP supported farmers’ cooperative society in the community.

A member of the cooperative, who spoke on condition of anonymity, stated that the armed herders stormed the community at about 1am and started shootings sporadically.

According to him, “they  stormed the home of the young man and his family members at about 1 am ,while they were sleeping and opened fire on them.

You know that because of the hot weather, people now sleep outside their houses. So when they stormed the compound they opened fire on the people, who they met sleeping outside, killing the young man and injuring others who tried to flee.

They are presently receiving treatment at the Benue State University Teaching Hospital, BSUTH, in Makurdi.

This is unfortunate because he was somebody I knew very well, a member of our cooperative society who was peaceful and hardworking, it is painful.

When contacted, the Police Public Relations Officer, Deputy Superintendent, DSP, Catherine Anene said she was yet to receive details of the incident.