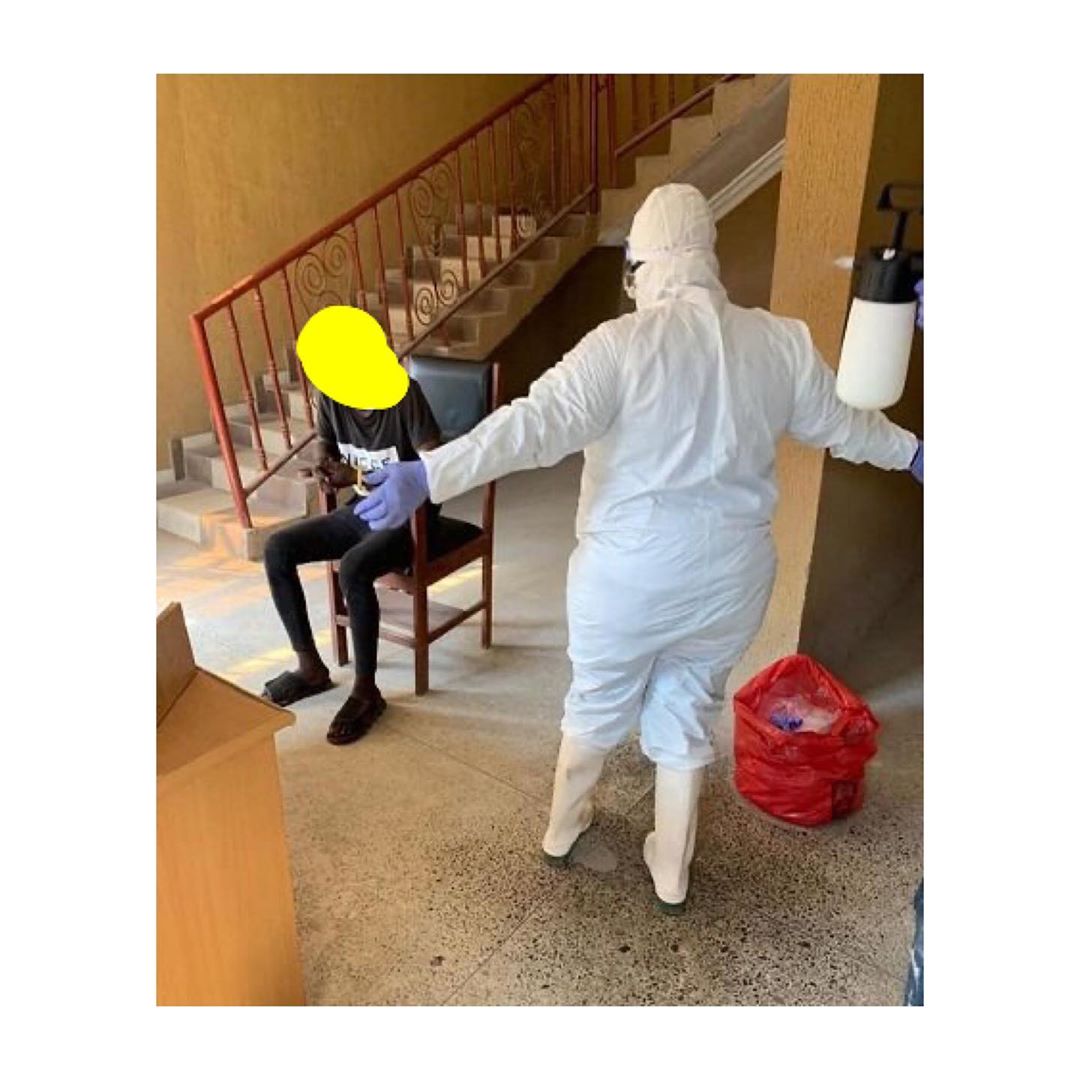 This was disclosed by the commissioner for information in the state, Chief John Okiyi-Kalu.

Prosper who had disappeared after alerting NCDC of manifesting symptoms of COVID-19 was apprehended on saturday morning in Aba.

According to Kalu, “Prosper called to report that he was manifesting symptoms of the virus and recently had contact with a confirmed patient in Akwa Ibom State in addition to recently returning from Lagos.

But when our team arrived at his given location, he disappeared and later confessed that he saw the ambulance and the fully kitted RR-TEAM, lost courage, detested the possibility of being locked down and decided to switch off his phone and disappeared into the thin air.

We continued to look for him quietly and at the same point got him again on the phone and he gave us a wrong address at Azikiwe Road and a team was immediately dispatched to the location but did not find him there.

At that point we decided to enlist the services of a top security agency in the State to find him and also alerted members of the public yesterday regarding the situation in the hope that he would voluntarily come forward. He never did.

But late last night,, the security agency pinned hos location down and in the morning our RR-TEAM stormed the location with security agents and took him into custody at our Isolation facility where we have now collected from him for testing…..