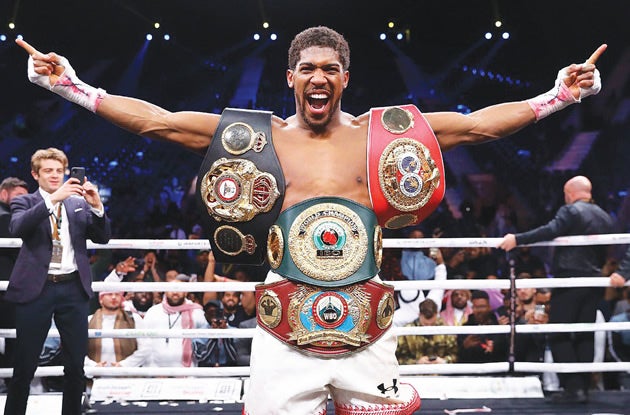 Anthony Joshua wants to give Dillian Whyte the title shot that he’s been chasing for the last four years. IBF/WBA/WBO heavyweight champion Joshua says he’ll fight Whyte after he beats Kubrat Pulev, Oleksandr Usyk, and Tyson Fury. As the WBC interim champion, Whyte won’t have a choice but to fight him.

Whyte is someone that would resonate for Joshua in the U.K. only, as the U.S. casual boxing fans aren’t familiar with him. The hardcore fans know of Whyte from his life and death struggles against Joseph Parker, Dereck Chisora, and Oscar Rivas.  They also remember Whyte from his knockout loss to Joshua in 2015.