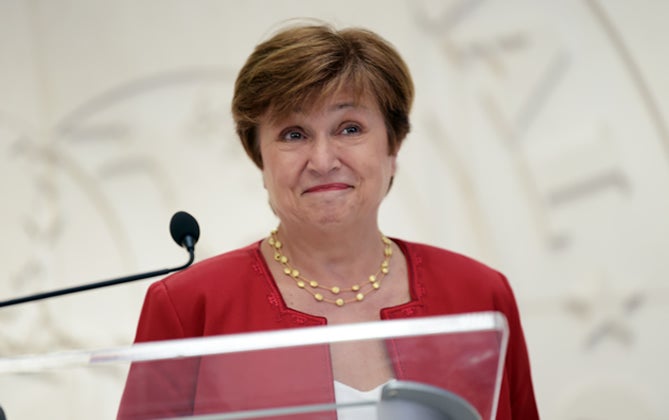 Nigeria and other African countries need an estimated $114bn to fund the campaign against the outbreak of the coronavirus disease on the continent.

This was disclosed in a statement posted on the website of the International Monetary Fund on Sunday.

The statement was issued after a meeting of African leaders, bilateral partners and multilateral institutions, which was jointly convened by the World Bank and the IMF.

The World Bank and the IMF, in the statement, said they had mobilised partners in the fight against COVID-19 in Africa.

According to the statement, together, official creditors have mobilised up to $57bn for Africa in 2020 alone – including upwards of $18bn from the IMF and the World Bank each.

The fund is meant to provide the front-line health services, support the poor and vulnerable, and keep economies afloat in the face of the worst global economic downturn since the 1930s.

It was also disclosed that private creditor support to the continent in 2020 could amount to an estimated $13bn.

“This is an important start, but the continent needs an estimated $114bn in 2020 in its fight against COVID-19, leaving a financing gap of around $44bn,” the statement added.

The meeting convened by the World Bank and IMF to spur faster action on COVID-19 response in Africa was attended by African Union Chairman and President of South Africa, Cyril Ramaphosa, and the United Nations Secretary General, Antonio Guterres.

Director General of the World Health Organisation, Dr Tedros Ghebreyesus, African Union Commission Chairperson, Moussa Mahamat, and officials of individual countries also attended the meeting, where plans were outlined for effective use of resources to curb the spread of the disease.

The statement noted that bilateral partners, at the meeting, reemphasised their commitment to a debt standstill beginning May 1.

The World Bank and the IMF had called on creditors to suspend debt repayments in order to provide much-needed support to the poorest countries.

Ramaphosa, at the meeting, said African countries required greater support to surmount the challenges posed by the COVID-19 pandemic.

“This pandemic has already had a devastating impact on Africa and its effects will deepen as the rate of infection rises.

“It is a setback for the progress we have made to eradicate poverty, inequality and underdevelopment,” he said while noting that “large financing gaps remain” despite the assistance so far extended to African countries.

The statement also disclosed that the World Bank and the IMF suggested a range of financing options and policy tools as part of the pandemic response, many of which African countries were looking to implement as they planned for the medium and long-term impact of the crisis.

The options include further financing from official and private sector creditors.

World Bank President, David Malpass, and IMF Managing Director, Kristalina Georgieva, in separate speeches, said the organisations were fully behind Africa in the global campaign against the pandemic.

Malpass said the World Bank had so far provided emergency support to 30 countries across Africa, with more still to come, and would continue to advocate debt relief and increased resources, especially for countries hardest hit by COVID-19.

Georgieva added that the IMF would provide more concessional financing while also counting on others to step up and do their parts to shield the economy and the people, and provide the foundations for a strong and sustainable recovery.

The statement noted that it would be critical for African countries to work together especially on the health response and on limiting trade disruptions to ensure freer movement of medical and food supplies.

The World Bank and the IMF also applauded the decision taken by G20 countries to temporarily suspend debt payments by least developed countries.

The World Bank is deploying up to $160bn in financial support – $55bn of which will be for Africa – over the next 15 months to help countries protect the poor and vulnerable, support businesses, and bolster economic recovery.

The IMF is also leveraging its $1tn lending capacity to provide comprehensive support for member countries.

The Fund said it was doubling annual access limits for rapid disbursing vehicles to about $100bn to respond to unprecedented calls for emergency financing from more than 100 countries.

It added that it had revamped its Catastrophe Containment and Relief Trust to help 29 of its poorest and most vulnerable members through rapid debt service relief.