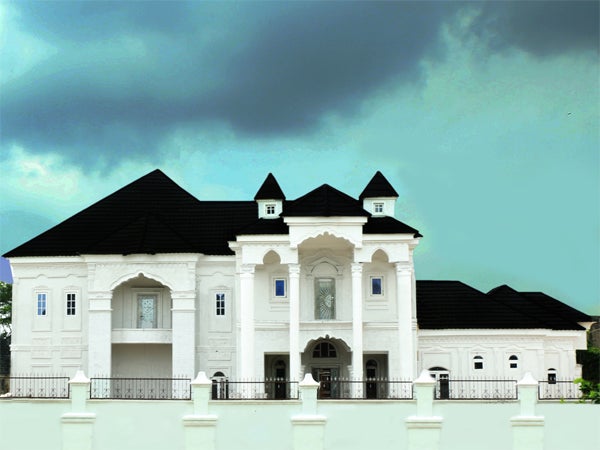 As a result of the increase in cases of Covid-19 in Nigeria, foremost comedian, I Go Dye has donated his new FAPOH Royal Seal Mansion to Federal Government of Nigeria to use as an isolation centre for those who have tested positive to the disease.

The Africa child Ambassador comedian, whose real name is Francis Agoda, made this know to news men some hours ago.

According to the visionary comedian, the choice of the mansion which is located in Benin City, the Edo State Capital, was due to the fact that the state leads to many parts of Nigeria.

He added that the gesture will compliment the few isolation centres scattered across the country.

According to him, “It is of utmost importance to save lives now .This my little contribution to curb the spread of the disease till scientists find a permanent cure to the pandemic”.

The multiple award-winning comedian also advised the federal government to channel resources meant for the building of more isolation centres to procure more ventilators and other testing kits to tackle the deadly disease.

“We believe it will be more productive to buy more ventilators to save the lives of  those that have contracted the disease. It is equally important for government to procure more testing equipment so we can increase the number of those tested daily as Covid-19 is a serious problem worldwide. Everyone needs to be proactive at this time to make sure the World Health Organisation prediction of casualties in Africa does not come to pass”, he said

He added that, “When I wrote an open letter to Mr President on the 5th of April 2020 on how we can control the spread of the convid-19, it was only 210 cases, today it’s moving towards a thousand.

At this point, we should be proactive if we hope to win this global war, that has no boundaries, no discrimination and unfortunately indestructible for now”.

The humour merchant further advocated for a total lockdown of all states of the federation for 14 days as a way of curbing the spread which is increasing at an alarming rate, stressing that if the numbers cross beyond one thousand, it could become nearly impossible to manage.

He however said this total lockdown will only be possible if government ensures that every Nigerian get enough palliatives to sustain them during the period as partial lockdown by some states will not do any good.

He also appealed to Nigerians who think Covid-19 does not exist to change their mindset, saying the pandemic which is speedily increasing in the country has killed over a million people across the world.

“I urge Federal Government to make deliberate effort to bring succour and hope to all Nigerians. The hardship is really getting harder and  may jeopardize the progress of controlling the spread of the virus, because an hungry mind cannot easily obey simple laws, when alternatives are not provided. I also appeal for a two-week total lockdown to enable government treat existing cases and curb further spread by those who may have contracted the Covid-19. This lockdown will control all forms of movement and socialization between individuals or groups,” he said.

The comedian, who was the first artiste in Africa to cancel his event which was to mark his 25 years anniversary due to the corona virus, insisted that all hands must be on deck in playing a role at curbing the spread of the virus, especially through enlightenment campaigns to create awareness.