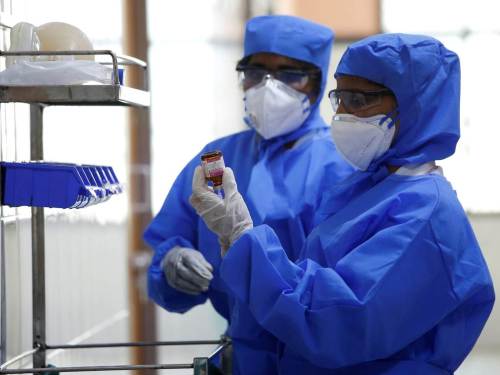 Dr. Oluwajimi Sodipo and Dr. Ismail Ajibowo, Chairman and Secretary of the guild respectively, made this known on Thursday in Lagos on the Instagram account of the guild.

Medical Guild is an umbrella body of doctors under the employment of the Lagos State Government.

They said that the medical conditions of their three members were stable, and were enjoying the support of the guild.

“Since the incident, we have been working with our representatives in those centres, and the Medical Directors of the facilities to ensure testing of those involved.

“This is with a plan for care in the unfortunate incident of positive cases,” they said.

The guild leaders said that they would engage the state government on the need to designate all doctors as the frontline workers, provide them with adequate personal protective equipment (PPE), and incentives due to risks they were exposed to.

The leaders warned medical doctors against attending to patients without adequate PPE, due to the community transmission and varying symptoms of COVID-19, stressing that all patients were COVID-19 suspects

We should also adopt rational use of PPEs while adopting the slogan of ‘No PPE, No work,” Sodipo and Ajibowo said.

They expressed the guild’s appreciation for the enormous sacrifice and efforts that members were making in the fight against COVID-19.

“This is in spite of the serious risk to every one of us, and most, especially our families and the loved ones,” the guild leaders said.

According to them, the regular updates will be made to members, appealing that unity of purpose was needed in handling the present situation and urged members to stay safe in the course of their duties