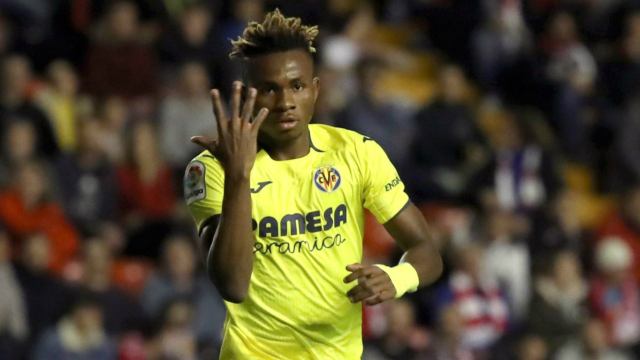 Mo Salah and Sadio Mane might have something to say about this but Samu Chukwueze is determined to succeed a pair of Liverpool superstars and secure his place as the King of African football, speaking during an Instagram Q&A with the Super Eagles media.

The Nigeria international is certainly not lacking in ambition.

At the age of 20, Chukwueze has already been turning heads all over Europe with scouts aplenty left awe-struck by his explosive pace and his wand of a left foot. Cutting inside from the right to fire shots at goal, there is a reason why the Villarreal youngster has been labelled Nigeria’s answer to Arjen Robben.

Liverpool is always on the lookout for the next generation of superstars but, according to France Football, the Reds will make a move for Chukwueze this summer after failing with a £29 million January offer.

A move to Anfield would see Chukwueze link up with Egyptian talisman Salah and Senegal speed-machine Mane – two players who the Spain-based star is determined to emulate sooner rather than later.

With a £55 million price-tag on his head, Liverpool would once again be investing a huge sum in potential. But, in Jurgen Klopp, Anfield is home to a coach who is perhaps the best in the game when it comes to helping young talent evolve into world-class footballers.