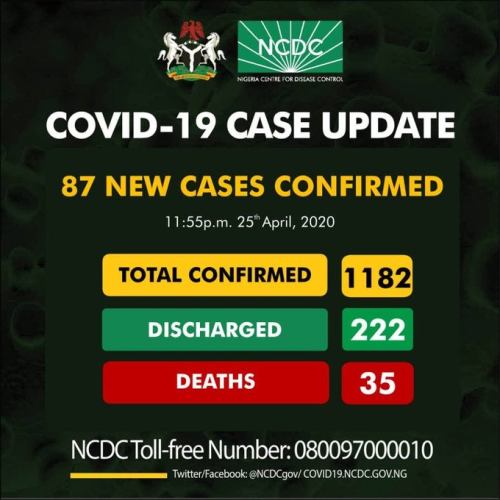 The Nigeria Centre for Disease Control (NCDC) says the number of fatalities in the country from coronavirus has reached 35.

NCDC also said that it has recorded new cases of the coronavirus, a development which has taken the number of active cases of the virus to 925, and the total number of infections recorded so far to 1,182  as of late Saturday night.

While giving the latest update on its verified Twitter handle, it said 87 new cases have been reported in the country.

“On the 25th of April 2020, 87 new confirmed cases and one new death were recorded in Nigeria

“One new state (Imo) has reported a confirmed case in the last 24 hours.