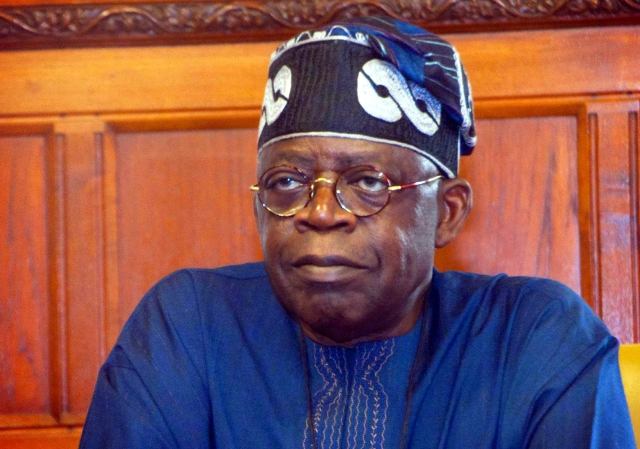 Following the public announcement by the All Progressives Congress, APC, National leader, Asiwaju Bola Tinubu that his Chief of Staff, Assistant Superintendent of Police, ASP, Lateef Raheem, died of COVID-19 complications, there has been serious panic among the residents of Maplewood Estate, Lagos Island, where the deceased lived until his death.

Tinubu, had on Monday, through a statement by his media aide, Mr. Tunde Ramon, confirmed that Raheem died of COVID-19 complication aside from his underlying diseases like High Blood Pressure and Diabetes.

Consequently, a concerned resident, identified as Jumu’ah Abiodun, a social commentator, political analyst and journalist based in Lagos, stated raised the alarm among residents in an open letter to COVID-19 Incident Commander, Lagos State Governor, Mr. Babajide Sanwo-Olu on the need to act fast over Tinubu’s CSO death.

Abiodun, in the latter made available to Vanguard, urged Sanwo-Olu to save the residents of the estate as well as members of the public.

Let me go straight to the point and set the record straight, I don’t know if you are aware of ASP, Lateef Raheem’s death but am sure he should be well known to you and some of your associates. Raheem was the former CSO to the All Progressives Congress, APC, National Leader, Asiwaju Bola Ahmed Tinubu.

Five days ago, Raheem died before he was taken to the hospital and was returned back home for burial that same day. I think you know what it takes to bury somebody in an Islamic way? This includes Ghusl Mayyit, is full body ritual purification performed on dead Muslim, as well as spraying with perfumes.

“My sources disclosed to me that over 50, I repeat over 50 police officers were there at his Maplewood Estate residence on Friday, 24th April 2020 till he was buried. Islamic clerics, politicians, family members, sycophants among others were all there.

“I’m not a doctor but here is my advice for you and your team Mr Governor.

Urgent contact tracing of: His wife, children and other members of his family that live in that house, politicians who visited the deceased family before and after his burial, Islamic clerics who prayed and interred the body, all senior and junior police officers that entered the premises, family members and sycophants who visited the house

“Disinfecting the house if possible by extension the two houses on the left and right of his building. A source who didn’t want her name mentioned said, there’s serious panic among the residents of Maplewood Estate since Tinubu’s statement was released to the world yesterday.

With my analysis so far, Mr. Governor, if care is not taken Lagos State might record more than 5, 000 cases due to these few lapses. I enjoin you and your COVID-19 team to swing into action and rescue over 24 million Lagosians.

As Incident Commander, I trust you would do justice to my message.”