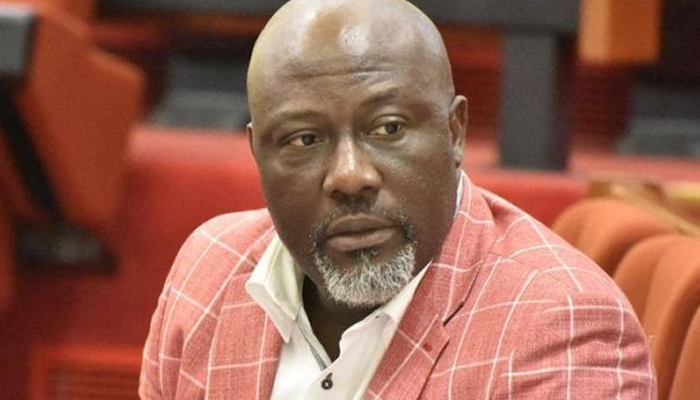 The Independent National Electoral Commission, on Thursday, closed its case without calling any witness in the petition filed by the Peoples Democratic Party’s candidate in the Kogi West senatorial rerun, Dino Melaye.

The electoral body, through its lawyer, Chris Alashey, on Thursday, urged the tribunal to dismiss the petition which he argued lacked merit.

Melaye and his party, the PDP, are, by their petition, challenging the victory of Smart Adeyemi of the All Progressives Congress at the rerun poll, which held on November 30, 2019.

The rerun, which held in 53 polling units on November 30, 2019, was ordered in the judgment of the Court of Appeal which nullified Melaye’s victory in the main election which earlier held in March 2019.

Adeyemi of the APC was declared the winner at the end of the rerun.

Melaye is now challenging Adeyemi’s victory at the tribunal.

Melaye and the PDP, the petitioners who instituted the case, had earlier closed their case after calling their last witness.

It was the turn of INEC, the first respondent to the case, to open its case by calling witnesses on Thursday.

But the commission’s lawyer, Alashey, told the three-man tribunal-led by Justice Isa Sambo, that having reviewed the case, there was no substance in it warranting INEC to call witnesses.

Alashey noted that most of the witnesses called by Melaye and the PDP admitted before the tribunal that they lied in their statements on oath.

The tribunal adjourned till May 5, when Adeyemi, who is the second respondent, is expected to open his defence.