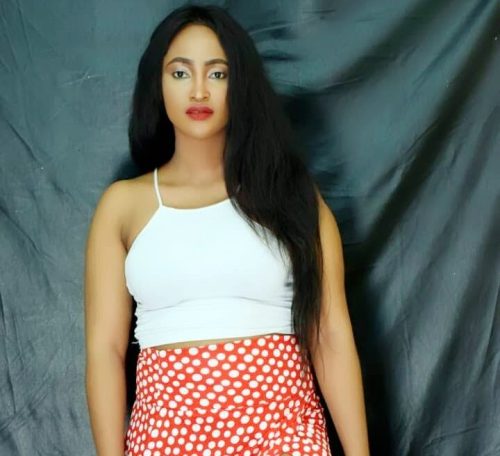 Sexy and talented Nollywood actress, Seyi Hunter who has famously become known as Nigeria’s number one sex goddess has pulled off a remarkable character as a pimping madam in a new movie titled “The Return” which she produced herself

Seyi, who plays the role of a Madam (Tiannah) pimps out girls to rich men and acquired so much wealth that she built an empire for herself. But the snag in the story is that she had a rival, a male pimp, and both had a lot of run-ins as they encroached on each other’s territory. “The Return” is a tale of jealousy, betrayal, greed and an unquenchable thirst for power.

Seyi Hunter is a sex educator and Vlogger in real life and it was only just a routine act, bringing the character to life and she killed it with no much ado.

Other films she has produced include Indecent Assault, Gone Grey (a cinema movie), Ajo and of course, The Return.

Sometime ago, the delectable actress took time off acting to take some courses in sex education and human sexuality to become a truly certified sex educator. Her Vlog, Sinful Friday is a staple treat on YouTube. She owns a Foundation that does humanitarian services as well as a beauty pageant named, Miss Bikini Nigeria.

Her latest movie, The Return is presently showing Yoruba Plus TV and YouTube