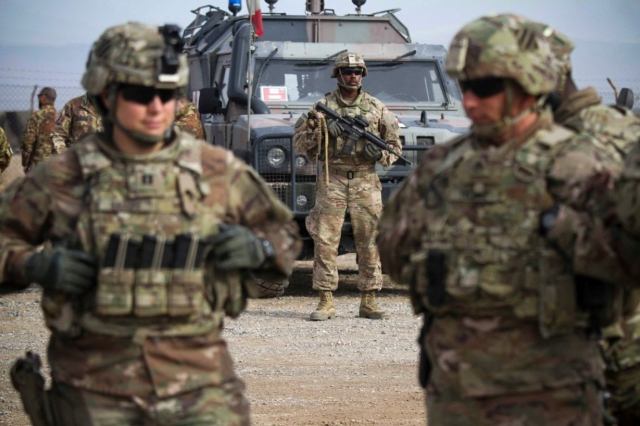 The US military in Afghanistan Saturday urged warring parties to “return to the political path” in a rare open letter to the Taliban as a surge in violence risks shattering a hoped-for peace process.

In a two-page letter to the Taliban, US Forces-Afghanistan spokesman Colonel Sonny Leggett said “all sides” must show restraint to prevent further bloodshed.

“If the violence cannot be reduced then yes, there will be responses”, Leggett wrote in a letter to Taliban spokesman Zabihullah Mujahid.

“All sides must also return to the political path… Afghans should sit down now and begin talking about the future of Afghanistan together.”

The letter came after General Scott Miller, who leads US and NATO troops in Afghanistan, on April 28 warned the Taliban of potential consequences to continued violence.

Under the terms of a US-Taliban deal signed on February 29, the Taliban committed to stop striking US and foreign partner troops, and agreed to start peace talks with the Kabul administration following an exchange of prisoners.

In return, the US and other foreign troops will leave Afghanistan within 14 months of the deal signing.

The US agreed not to attack the Taliban, though it has reserved the right to hit them to support Afghan forces if they come under attack.

The Taliban also verbally committed to reduce violence by as much as 80 percent, Leggett said, and to halt attacks on urban areas. Instead, there has been a “drastic increase” in violence, he noted.

While the Taliban have refrained from hitting coalition forces and cities, they returned to the battlefield the moment the deal was signed and have been unleashing an average of 55 attacks a day on Afghan forces, according to Afghan officials.

Meanwhile, the prisoner swap has stalled as the Afghan government frets about releasing hardline Taliban members who will return to the fight.

In a short response to Leggett’s letter, Mujahid scolded the US for making “provocative statements”.

“We are committed to our end, honor your own obligations,” Mujahid wrote on Twitter.

US President Donald Trump has repeatedly said he wants American troops home, and the Taliban realise that as long as they don’t hit American or foreign troops, there are few consequences for continued attacks, experts say.