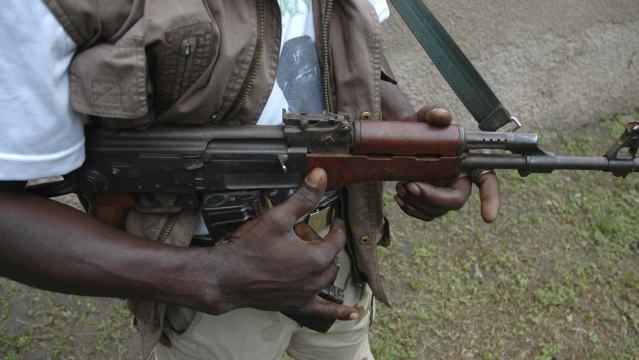 It was a tragic Thursday evening for residents of Ugboaniata, Trans-Ekulu Extension area of Enugu metropolis, when a young man, ,

Uga, a civil engineer by profession, from Imezi Owa in Ezeagu Local Government Area, Enugu state was shot at close range few metres to his to his house.

Vanguard learned that the assassins did not remove anything from the Toyota Sienna car he was driving when he was killed, leaving a theory on that the killers were on an assassination mission.

The incident was said to have taken place at about 7.45 pm when the assassins double-crossed his car and first shot at his vehicle tires

to demobilize him before shooting at close range.

As his car was demobilized, it was not possible to covey him to a hospital on the car by sympathizers who as alternative used a tricycle to a hospital where he was confirmed dead.

Meanwhile, the Enugu State Commissioner for Police, Ahmad Abdulrahman told Vanguard he has ordered his men to launch a thorough investigation into the murder of the young engineer.

Mr. Okey Udeh, who regretted the assassination of Kingsley, told FASTLOADED that he was a

graduate of Civil Engineering from the University of Nigeria, Nsukka.

His name is Okwudili Kingsley Uga from Imezi Owa in Ezeagu local government area of Enugu state. He learned Massine work from me before he got admission to study Civil engineering. He did his NYSC in Bayelsa in 2011.

“He was former supervisor for works in Enugu East local government area. I was with him on Friday last week and he promised to help me out which he later gave me N5,000 and told me to manage it promising to send money to my account.

“He was shot two poles to his house. He was shot around 8pm on Thursday by unknown people who blocked him, shot his tires before shooting him”, Okey told Vanguard.

He also said that the victim was rushed to a hospital close to Nowas bus stop in Abakpa Nike area but they refused to treat him and was confirmed dead on their way to another hospital. His body has been deposited at Nigerian Army 82 Division, Enugu mortuary.

The Enugu State Police Public Relations Officer, Mr. Ndukwe Daniel confirmed the incident and said that, “the matter is under

investigation as the CP has launched a manhunt for the perpetrators”.