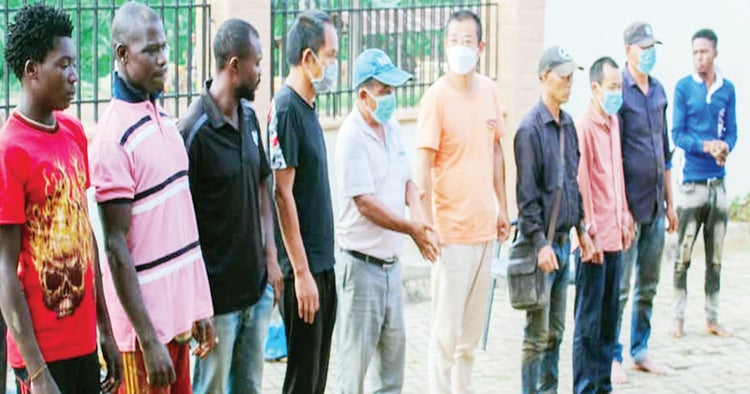 The Osun State Government on Sunday said its Joint Task Force has apprehended 27 illegal miners in the state.

The government said those arrested were 17 Chinese nationals, nine locals, and a village head.

The Deputy Chief of Staff to the Osun State Governor, Abdullahi Binuyo, in a statement, said no responsible government would fold its arms and watch its land being degraded by unauthorised persons.

Binuyo said apart from ensuring that those arrested were prosecuted, they would also be made to pay compensation.

“As part of the government’s economic reforms, solid mineral is a major sector we are looking to explore. For these reforms to work, it has become imperative to stop illegal mining and step up enforcement activities. The result is what we are witnessing today,” he said.

One of the arrested Chinese, May Zam, said she was not aware they were engaged in illegal mining.