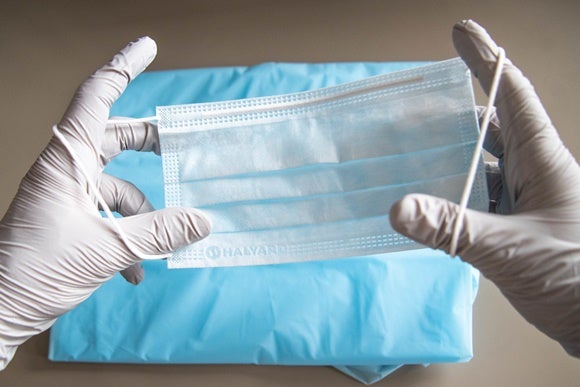 TRAGEDY struck at the Coca Cola Market in Onitsha, Anambra State, yesterday, when a 22-year-old man, Mr Cletus Chisom, was reportedly stabbed to death by a security guard monitoring the use of face mask in the market.

The suspect, Ibuchi Nwoju, who hails from Abia State, but resides in Onitsha, allegedly committed the offence following an altercation with the deceased.

An eye witness said the sister to the deceased was at the market with her mother to purchase some items when the suspect stopped her from entering the market for failure to put on a facemask.

Her mother was said to have later bought the facemask for her daughter after the suspect insisted she would only be allowed access to the market with a facemask.

However, trouble was said to have ensued after the girl reportedly rushed home and returned with her elder brother, who confronted the suspect.

The witness said it was during their argument that the suspect drew a knife and stabbed the deceased in the chest, leading to his death.

He said: “Today (yesterday) at about 8:45 am, Police operatives from Okpoko Division in Onitsha arrested a private security guard attached to Coca-Cola Market, Onitsha, one Ibuchi Nwoju, aged 26 years, of Asa village, Abia State, but resides in Onitsha, Anambra State.

Suspect allegedly had an altercation with one Cletus Chisom, aged 22 years, of Ekekwe Street, Awada and stabbed him with a knife in his chest.

“Consequently, the victim became unconscious and was rushed to Goodnews Hospital, Onitsha where he was confirmed dead on arrival by a medical doctor.