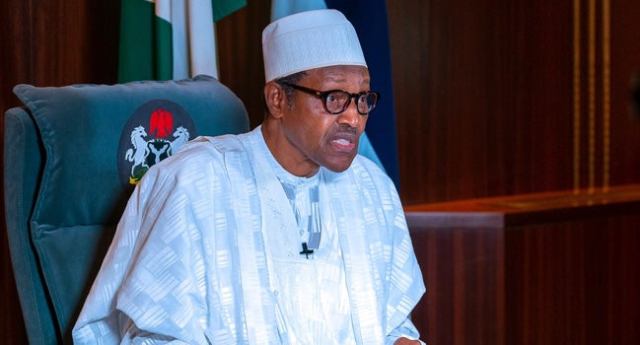 The All Progressives Congress, APC, Abia State chapter and the people of Okuzu in Oba, Idemili South council of Anambra State have petitioned  President Muhammadu Buhari and the Senate,respectively, rejecting the  appointment  of Mr. Henry Ogbulogo of Abia and  Rev. Uche Ibeabuchi as the representatives of  of Abia and Anambra States  at the Federal Character Commission, FCC.

The APC lamented that   Ogbulogo’s appointment as the Abia State representative in the commission typifies a total disservice and blatant neglect of true and loyal APC members in the state.

State Publicity Secretary of the party, Ben Godson, in a statement, tasked the national leadership of the party and the presidency to reconsider the appointment as it is tantamount to shooting oneself on the leg, stressing that the appointee never worked for APC and is not known by the party in the state.

In a petition to the Senate President, the Okuzu community in Anambra claimed that their appointee, Rev Ibeabuchi is not fit to represent them in view of the alleged criminal charges hanging against him.

There were also three other petitions written by other groups in the community, including Oba Patriotic Union, Okuzu Leaders of Thought and Oba Women Patriotic Union, wherein various allegations, including alleged high-handedness, forceful sale of community lands and proceeds allegedly converted to personal use, were raised against the nominee

One of the petitions said: “We write to protest the proposed appointment of Rev. Uche Ibeabuchi as representative of Anambra State at the Federal Character Commission. Rev. Uche Ibeabuchi (allegedly) is highhanded; he (allegedly) has forcefully sold community lands and converted proceeds to his personal use. He has exhibited at various times that he lacks the communal interest of the Anambra people”.

But in a swift reaction, Ibeabuchi dismissed the allegations as coming from “jealous and envious people who are not happy that God has lifted him through President Muhammadu Buhari’s nomination for appointment into the Federal Character Commission.”