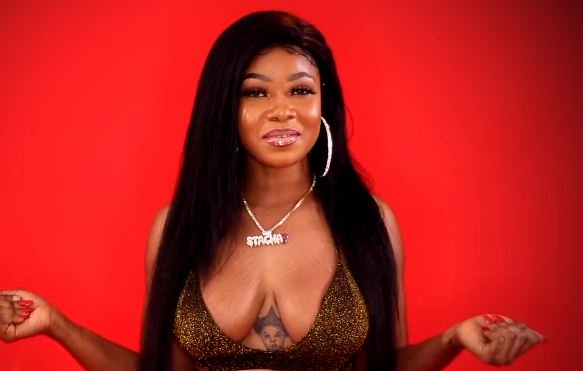 Former Big Brother Naija housemate, Tacha (Natacha Akide) could not hide her admiration for Afrobeat icon, Wizkid after he defeated Jamaican artiste Vybz Kartel to win all 10 rounds in NS10v10 battle of hits.

Her praise obviously didn’t go down well with some fans who took to Twitter to drag her for hailing the singer despite having a tattoo of Davido on her chest.

It should be recalled that in an interview with OAP Do2dun, the reality TV star revealed her main motive behind the tattoo.

“Yeah, I love Davido. David was the inspiration behind my having the OBO tattoo. You know David has this drive regardless of everything, he still has that drive and strength and it’s what I admire. I want to be Tacha that the world will know and still act like upcoming,”