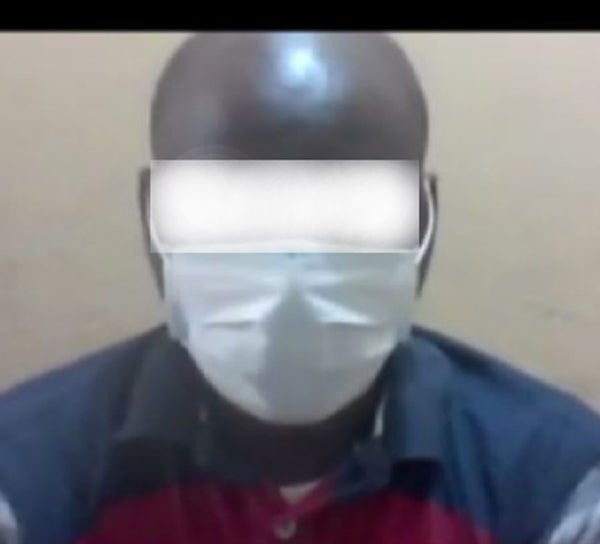 A driver, Olalekan Hameed, was yesterday, sentenced to death by hanging by an Ikeja High Court in the first virtual court sitting held by a Lagos court as part of social distancing measures to combat the COVID-19 pandemic.

The judgement was delivered by Justice Mojisola Dada after finding the convict guilty of the offence of stealing and murder, preferred against him by Lagos State government.

Hameed was found guilty for the December 1, 2018 murder of 76-year-old Mrs Jolasun Okunsanya, the mother of his employer, Adetayo.

The proceedings were approved by the Chief Judge of Lagos State, Justice Kazeem Alogba, in line with the Lagos State Judiciary Remote Hearing of Cases COVID-19 Pandemic Period Practice Direction.

The judge, defendant, his team of counsel, the prosecution team led by Lagos State Solicitor-General, Ms Titilayo Shitta-Bey, and all witnesses participated in the session remotely from different locations via the Zoom app.

The court heard that he committed the offence at about 12:30 pm at Plot 83, Owukori Crescent, Alaka Estate, Surulere, Lagos.

The convict pleaded not guilty, following which trial commenced.

The only money I took was the N1,000, any other money I don’t know about it. I did not kill Mrs Jolaso Ogunsanya,” Hakeem told the judge during the trial.

But Justice Dada noted that prosecution witnesses testimonies that Hakeem was the only one with the deceased at the time of death and was also seen scaling the fence of the deceased’s building afterwards, among others, were not disproved.

She said: “It is also an established fact that although the defendant went to the house of the crime to steal, the surprise of the deceased stumbling upon him led him to not just pushing the deceased, but actually strangulating her in a bid to keep her from crying out.

“… the defendant is hereby found guilty of this count two of murder and is hereby convicted as charged and accordingly sentenced to death.

“The sentence of this court upon you, Olalekan Hameed, is that you be hanged by the neck until you be pronounced dead and may the Lord have mercy upon your soul. This is the virtual judgment of the court.”