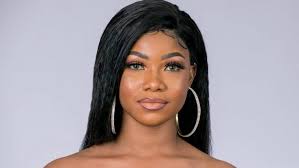 Natacha Akide, known as Tacha, has taken to Twitter to lament unnecessary charges from her bank account.

Although she didn’t mention the name of the bank or whether she made transactions on her account.

“What’s with the unnecessary bank charges..? I’ve been debited 12X in less than 24hrs. I seriously do not get this, and to be honest, I am taking a piss!!,” Tacha wrote on Twitter.

However, Tacha’s allegation was corroborated by the comments of her fans.

One of the comments read: “I thought I was the only one.”

Another stated: “Me too… I’ve been debited lotta times, I don’t understand.”