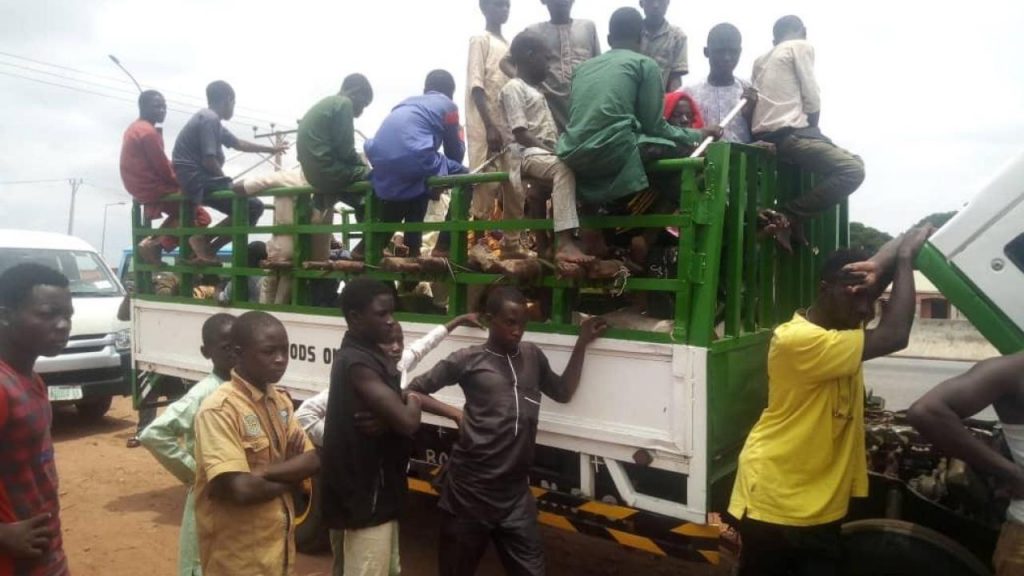 Operatives of the Ogun State Traffic Compliance and Enforcement (TRACE) Corps have intercepted an IVECO truck loaded with 30 Almajiris.

The traffic agency said the IVECO truck, with registration number, Kano XG172 KNG, was suspected to be coming from Kano State.

TRACE spokesman, Babatunde Akinbiyi said the truck was loaded with assorted pepper and covered with tarpaulin.

According to him, the truck which is meant to carry only goods, was intercepted at Joju area of Sango in the Ado-Odo/Ota Local Government Area of the State.

It could not be understood how the truck succeeded in beating all security checkpoints to arrive Ogun, all the way from Kano.

But, Akinbiyi disclosed that “what the truck was conveying came to light when TRACE operatives forced the driver to park and untie the tarpaulin.”

He said, “The Almajiris were packed together with various types of pepper, which filled the truck to the brim.

“The truck was turned back and led to tollgate from where they said they came in.”