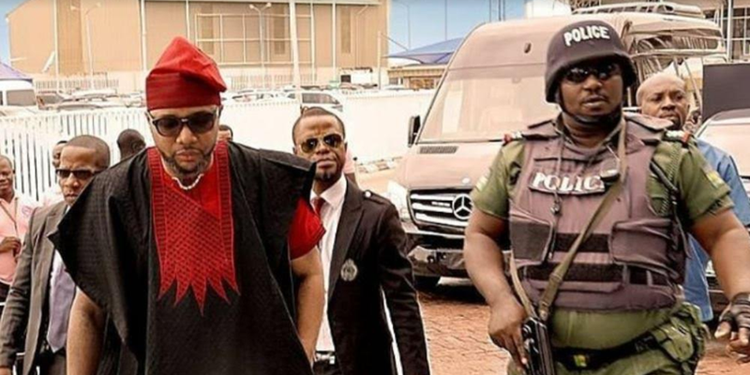 The Police Public Relations Officer, Bala Elkana, said this during an interview with The PUNCH on Tuesday.

He said, “I can confirm that E-Money’s policemen have been withdrawn. We were ordered to do so and the directive has been complied with. I do not know the reason for the order at this time.”

The PUNCH had exclusively reported that E-Money had become the subject of a police investigation for his flamboyant lifestyle and alleged misuse of orderlies.

E-Money, who is the brother to musician, Kingsley Okonkwo aka K-Cee, was said to have drawn the ire of the police boss for using policemen like domestic servants.

An order, it was learnt, was immediately issued to the Lagos State Police Command to withdraw the six policemen attached to E-Money.

A top police officer said, “We received a signal from the Force headquarters on Monday that the police detail of music executive, E-Money, be immediately withdrawn and an investigation into the man be launched.

The IG was surprised that policemen were attached to him in the first place and were being used as domestic servants, carrying umbrellas, opening doors and doing menial jobs for him.

“The policemen were discovered to be attached to B Operations at the command headquarters and not MOPOL which is the usual practice. So, we have withdrawn his policemen and we are inviting him for questioning. The policemen will also be interrogated.”