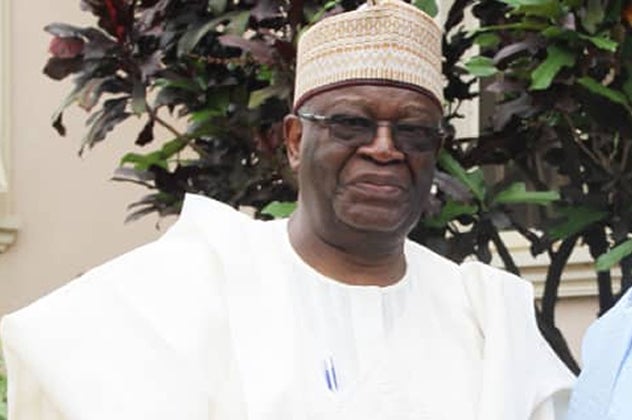 The President, Major General Muhammadu Buhari (retd)’s new Chief of Staff, Prof. Ibrahim Gambari, on Wednesday assumed office with a promise to serve to the best of his ability.

The 76-year-old former Minister of External Affairs was announced as the President’s CoS shortly before the start of the virtual meeting of the Federal Executive Council at the Presidential Villa, Abuja.

The confirmation came after nearly 24 hours of speculation as to whether he was indeed the new CoS, as the Presidency played a waiting game of silence that ended on Wednesday.

It was the Secretary to the Government of the Federation, Mr Boss Mustapha, on behalf of Buhari, who made the announcement at the meeting, which was also attended by Vice-President Yemi Osinbajo.

I’ll serve to the best of my ability –CoS

Gambari later spoke at a brief interview after he assumed duties.

He said what Buhari needed most from him was his loyalty and competence.

The former Nigerian Permanent Representative to the United Nations promised to give his best.

As he walked out of the Council Chambers of the State House, the following interaction took place between him and the few media houses listed to cover the villa in the interim.

Gambari: I want to thank the President of the Federal Republic for giving me this opportunity to serve him and the country.

Reporters: What should Nigerians expect from you?

Reporter: What should he expect from you?

Gambari: Maybe you should ask Mr President (general laughter). I think he needs my loyalty, competence and support.

Reporter: What will be your guiding principle as the chief of staff?

Gambari: To serve the President to the best of my ability.