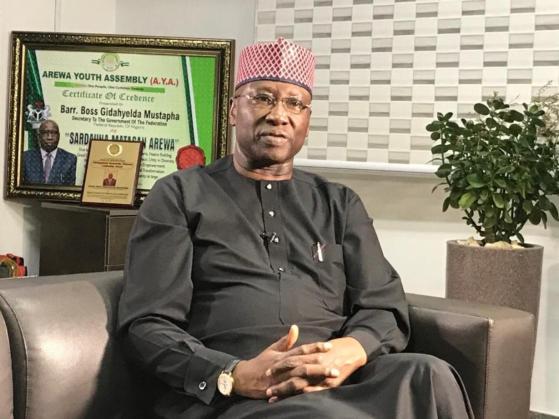 The Federal Government has said it did not beg Madagascar to supply its Covid-19 syrup to Nigeria, explaining that the East African country donated the elixir to Nigeria and it accepted it in the spirit of African brotherhood.

This was as it announced that it has put in place measures to rethink its National Response to the Covid-19, saying emerging developments indicate that there is a need for a change in tactics.

These were disclosed Thursday in Abuja during the daily briefing of the Presidential Taskforce PTF on Covid-19.

Government added that while it would continue to look inwards to see how it can defeat the pandemic, it would however also look outwards as Covid-19 is not a Nigerian outbreak but a global disease.

It asked state governments and security operatives to also allow farmers access to their farms as the planting season begins, saying food security is critical to national security.

Also, the Minister of Health, Dr Osagie Ehanire, told journalists to refrain from asking him about the whereabouts of a 15-member Chinese Medical Team whose entry into Nigeria on April 9 had generated a wave of backlash from Nigerians.

Chairman of the PTF and Secretary to the Government of the Federation SGF, Mr Boss Mustapha dismissed speculations that Nigeria might have asked Madagascar for a supply of its Covid-19 organic instead of promoting local researchers for a cure.

He said; “The issue of Madagascar. Let me explain that Nigeria did not ask Madagascar for any solution. That has to be very clear because I have seen some narratives out there giving credence to a line of story that, for me, I think is only distractive. Nigeria did not ask.

The Madagascan government decided to airlift quantities meant for African countries and so that of West Africa was airlifted to Guinea-Bissau.