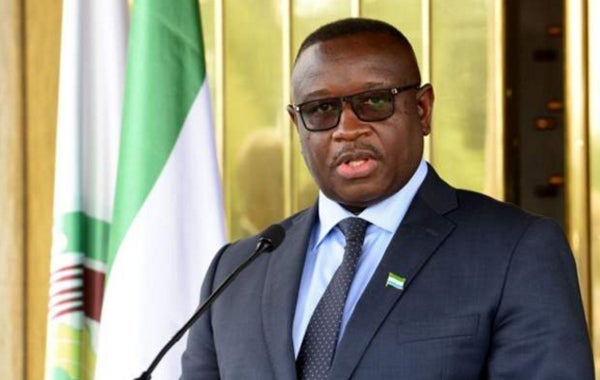 The sterling qualities of Nigerian graduates and professionals serving under the Technical Aids Corps programme has once again been brought to the fore with the appointment of a Nigerian, Dr. Laoluwa Adejayan, as the head of the Covid-19 Task Force in Sierra Leone.

Announcing Adejayan’s appointment, the Sierra Leonean authorities said he had been adjudged as the best foreign medical practitioner in the country in recent years.

Following the appointment, the Serial Leonean government increased his salary to $20,000 per month, a 100 per cent increase.

Adejayan, a graduate of Ladoke Akintola University of Technology, Ogbomoso, had reportedly served in Bayelsa State after his National Youth Service Corps (NYSC) before   transferring his services to the West African country under the Technical Aids Corps scheme in 2012.

The scheme is currently headed by a seasoned administrator from Ile-Oluji, Ondo State, Dr. Pius Osunyikanmi

In a letter addressed to President Muhammadu Bihari intimating him  with  the development, Sierra Leone’s President Julius Maada Bio described Adeyanjua as a good ambassador of Nigeria in the country.

According to Bio, Adeyanju had, over the years, proved to be a well-trained, brilliant and hard working doctor.