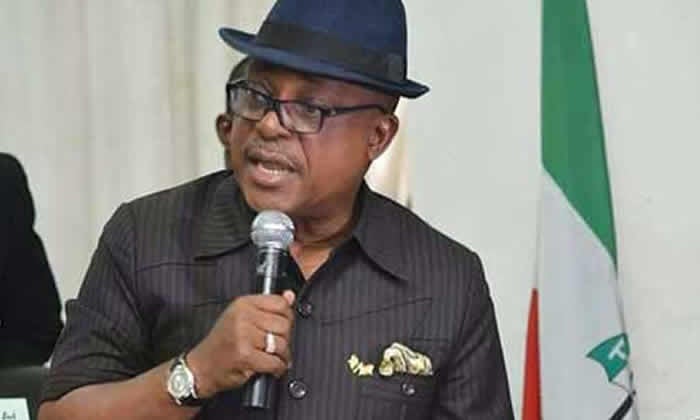 The Peoples Democratic Party on Monday said it had noted the alleged assumption of Presidential powers by the Secretary to the Government of the Federation, Mr. Boss Mustapha who announced an additional two weeks for the partial lifting of the COVID-19 induced total lockdown imposed on Nigerians.

The PDP National Publicity Secretary, Mr. Kola Ologbondiyan, said this in a statement, in Abuja, on Monday. He said there was nowhere within the laws of Nigeria that the powers to broadcast presidential executive orders such as the declaration of curfews and restriction of movements vested in the Office of the SGF.

He said the action of the SGF has brought serious confusion in the polity regarding the legality or otherwise of the directives contained in the SGF’s announcement.

Ologbondiyan said, “Such powers are vested in the person and office of Mr. President and not exercisable by proxy, directly or indirectly; which makes the action of the SGF a recipe for serious constitutional crisis in our country.

Our nation is a state governed by dictates of the law, particularly in the exercise of powers vested in statutory offices, especially that of the President.

“The PDP holds that the announcement by the SGF is, therefore, another manifestation of abuse of our statutory offices arising from the abdication of responsibilities by President Buhari since the last five years, which had also become more pronounced in this fight against COVID-19.”