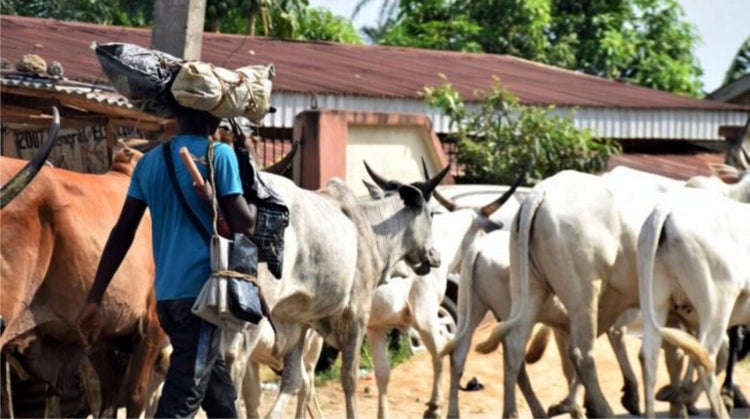 SECRETARY to the Delta State Government, SSG, Mr Chiedu Ebie, yesterday said the state government would soon set up a joint security task force as part of its efforts to tackle the growing insecurity occasioned by the incessant kidnappings, killings and maiming of Deltans by armed suspected herdsmen.

This came as about onehundred farmers have fled their camp (residential area) in Ibusa, Oshimili Local Government Area of the state, following invasion of their farms by suspected armed herdsmen, who attacked them.

Some fleeing farmers told Vanguard that armed herdsmen invaded their farms with their cattle and pounce on them, forcing them to run for their lives.

He said: “Government has resolved to establish a joint security task force which will be drawn from the existing security agencies (in collaboration with the respective vigilantes), but operating under an independent structure that will be backed by legislation.

“A bill to this effect will be laid before the state House of Assembly in the next few days. Our main concern is the rising trend of insecurity involving clashes between herders and their host communities.

This matter has been under  the focus of the state government since inception of this administration and had  informed the appointments and governance structure that has been created since  then such as the creation of the office of Special Adviser (Peace Building and Conflict Resolution).

This include the appointments of persons of Northern extraction and the  formation of Vigilante Groups in various communities. At the same time, we have been very active in the use of intelligence and a recent outcome of this application is the demolition and relocation of the Abraka Market, which had turned into a meeting point and haven for criminally minded persons.

“We have also been quite active in engaging with herders and their host communities to ensure mutual trust and peaceful co-existence through the offices of some of the political appointees.

“Against this background, the recent clashes are quite unfortunate, but let me reassure Deltans that the administration of Senator Ifeanyi Okowa is rising up to this challenge.

“Already, full compliments of our security outfit is investigating the incidents and I am aware that some arrests have been made as mentioned by the Commissioner of Police recently.”

The SSG who was flanked by the state Commissioner for Information, Mr Charles Aniagwu and Chief Press Secretary to the Governor, Mr Olisa Ifeajika, said, “Let me seize this opportunity to appreciate Deltans for their  strong collaboration with the state government in coping with the exigencies associated with managing the COVID-19 pandemic since it made landfall in Delta State.

The state government is well aware of the hardships and the dislocations that the pandemic has brought upon homes and businesses and have continued to reach out to the most vulnerable among us in order to help them this period.

“We will continue to work with other stakeholders including the Federal Government and the private sector to put measures in place to contain and manage the pandemic as best possible as we can.”