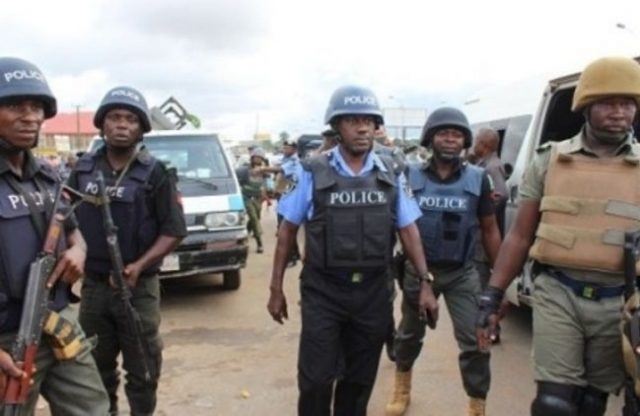 A former Commissioner for Education in the defunct Bendel State, Dr Nosa Omoregie on Thursday collapsed and was rushed to hospital following a shock he suffered after a team of policemen from the state Criminal Investigation Department visited his property at Aigbokhian Street, off Sapele road, Oghoghobi, Benin City.

The wife of the victim, Julie Omoregie, who raised the alarm over the state of health of her husband as a result of the police incessant harassment of the family, told journalists that the police had visited them up to four times asking the family to release one John Mayaki for arrest.

Mrs Omoregie said the property was bought for them by their children.

“They came and pasted an invitation letter on our gate. They said we should produce one John Mayaki and we told them the man was no longer here because he had sold the property to us. But they insisted that we were hiding him in the house. Then they said they wanted to search our house and I asked, where is the warrant paper because it is difficult nowadays to know if they are genuine policemen.

“But before I returned to the house, my husband who is hypertensive had already collapsed and we had to rush him to the hospital. His blood pressure had shot up and doctors had to battle to bring it down,” she said.

Mrs Omoregie said she would hold the police responsible if anything should happen to her husband.

But the Edo state Deputy Commissioner of Police, Criminal Investigation Department, Yusuf Usman, said the police visited the former house of John Mayaki based on the petitions from the state Governor, Mr Godwin Obaseki and his lawyer bordering on allegation of defamation of character against Mayaki

There was a petition from Governor Godwin Obaseki personally signed by him and another one from his lawyer since January 10 this year. It was based on that petition that we invited Mayaki. It was a petition bordering on defamation and libel,” he said.

Yusuf, however, said the police was not aware that Mayaki had sold the house to the former commissioner. adding that “we have even traced him to Igarra, his hometown. The police have to do their job and that is what we are doing; otherwise, we may be seen as taking sides if we did not act on the petition.”

He also said that his men visited the place on Wednesday for the first time adding that he was not aware of any previous visit by anyone else.