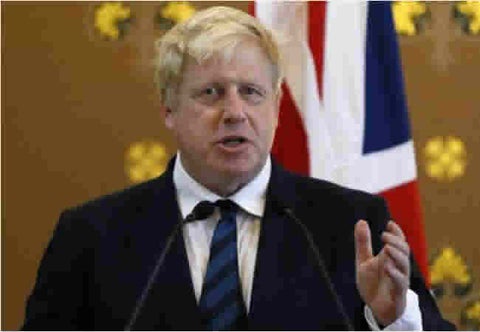 Cummings left his London home to stay with his parents in Durham, northeast England, while suffering symptoms of COVID-19, the Daily Mirror and The Guardian newspapers said.

The main opposition Labour party demanded an explanation, saying the reports suggested Cummings viewed himself as above the law, while the smaller Liberal Democrats said it could be a resigning issue.

Police in Durham confirmed they received a tip-off on March 31 about someone who had travelled to the city from London.

“Officers made contact with the owners of that address who confirmed that the individual in question was present and was self-isolating in part of the house,” the force said in a statement.

In line with national policing guidance, officers explained to the family the guidelines around self-isolation and reiterated the appropriate advice around essential travel.”

Cummings was later spotted near his parents’ home with a small child, believed to be his son, the report said.

At the time, Johnson’s government was advising people to only go out for essential purposes to slow the spread of coronavirus, and for anyone with symptoms to stay at home.

Cummings was a key member of the 2016 Brexit campaign alongside Johnson, and the latter brought him into Downing Street when he took office last year.

Downing Street revealed at the end of March that Cummings was self-isolating with virus symptoms. Johnson was also infected, and ended up in intensive care.

A Labour spokesman said, “If accurate, the prime minister’s chief adviser appears to have breached the lockdown rules.”

He added, “The British people do not expect there to be one rule for them and another rule for Dominic Cummings. Number 10 needs to provide a very swift explanation for his actions.”

Ed Davey, acting leader of the Liberal Democrats, said that if Cummings had broken the rules, “he will have to resign”.

Earlier this month, leading epidemiologist Neil Ferguson quit a government panel on coronavirus after admitting breaking the lockdown rules by meeting his lover.

Scotland’s chief medical officer, Catherine Calderwood, resigned in April after breaking her own rules to visit her second home twice.