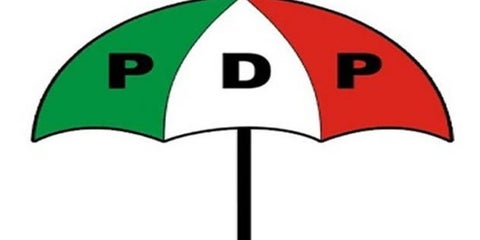 EDO State Chairman of the Peoples Democratic Party, PDP, Dr Tony Aziegbemi has lamented that the in-fighting within the All Progressives Congress, APC, in the state has made the state ungovernable, adding that the crisis was not of any interest to his party.

Aziegbemi who stated this in Benin City, yesterday, while addressing newsmen, said that the PDP strength was not base in the weakness of the opponents.

“We believe that the APC infighting is making the state ungovernable and there is no harmony in the system.

There is lack of peace in the state which is not good for the state and that is why the people are suffering because the government of the day is totally distracted.

Here you have a governor who is the number one citizen of the state being humiliated and harassed by his own party people.

“So, we think that Edo people must have seen APC as a party fighting whether they win or lose,  they will fight, they won 24 seats in the state House of Assembly and because of their infighting, 14 of the House of Assembly members have not been inaugurated till date.”

Aziegbemi recalled that at one of the party leaders’ meetings last year, it was resolved that the state chairmanship of the party and the governorship positions should be opened to all members, adding that, that resolution still stands

“The governorship nomination form is opened to all members from the three Senatorial zones,” adding that the party will stand solidly behind who ever emerged as its candidate.