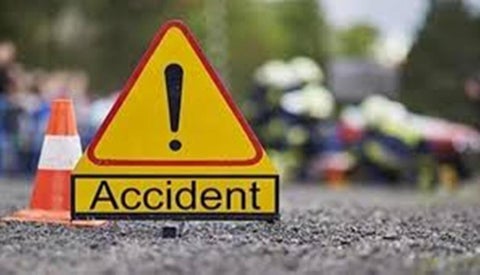 Four persons were confirmed dead, while six others sustained various degrees of injuries in three separate accidents that occurred at different locations in Ogun State on Friday.

This was contained in a statement issued by the Ogun State sector command of the Federal Road Safety Commission (FRSC) and made available to newsmen in Abeokuta, the Ogun State capital.

The statement signed by Florence Okpe, FRSC Public Education Officer Ogun State Sector Command disclosed that a total of three road crashes were recorded on  Friday in the state.

Okpe said, “the first crash occurred at about 10:30 in the morning along the Abeokuta – Sagamu route around Showo village.

“A total of five persons were involved, all-male adult. Three persons sustained injuries but no death was recorded from the crash”.

“The suspected causes of the crash were tyre burst and excessive speed. The Injured were rescued to the Hospital”.

Okpe said, “the second crash occurred at about 1330HRS along the Lagos-Ibadan Expressway around  Arepo bus stop”.

” Three persons were involved, all male adults. Two persons sustained injuries, while one death was recorded from the crash”.

A motorbike with registration number AYE428UL was involved in the crash”.

“The suspected cause of the lone crash was dangerous driving, saying that the injured victims were rescued to    ROA Hospital, Arepo, near Mowe for medical attention while the corpse of the dead victim was deposited at  Idera Hospital Morgue, Sagamu”.

The third crash occurred at about 1949HRS along the Lagos -Ibadan expressway around  Long Bridge, near Mowe”.

” Four persons were involved all male adults one of them sustained an injury while the other three male adults died from the crash”.

KTU421CA, a TOYOTA  CAMRY and the second vehicle is with registration number GGE723QF, a motorbike

The suspected causes of the multiple crashes were route violation(driving against traffic ) and dangerous driving.

The injured victim was rescued to the Hospital and the corpses were deposited at Idera Hospital Morgue, Sagamu, and the obstruction cleared”, Okpe said.