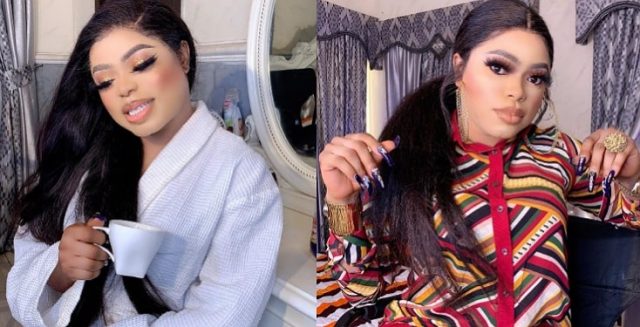 Controversial Nigerian cross-dresser, Bobrisky has said that his recent arrest over an alleged fraud of N30 million only proves he doesn’t deal with small money.

Bobrisky was picked by some police officers while driving his SUV in Lekki, Lagos, and immediately detained.

The arrest was confirmed by DCP Frank Mba who told The Nation: “Yes, Bobrisky was arrested in the early hours of today following a petition by a Nigerian woman that the crossdresser collected N30m from her for sales but did not keep to the end of the deal. Bobrisky was granted bail but the case is still an active one. It is a case under investigation.”

Shortly after he was released, Bobrisky took to social media to hit at his haters who mocked him.

Two face fools God will help me to punish you all. You will come to me and tell me you love me but go behind my back to spoil me.

This should show you guys that i don’t deal with small money.” he posted on Snapchat.