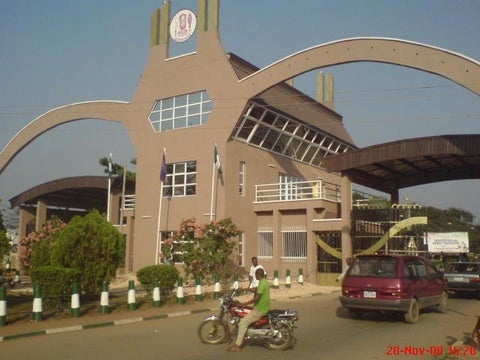 A 100 level Microbiology student of University of Benin, UNIBEN, Miss Vera Uwaila, weekend, died from injuries sustained after she was gang-raped and hit with a fire extinguisher in her church last Wednesday.

It was gathered that the 22-years-old undergraduate was attacked and beaten to a pulp at the Ikpoba Hill branch of Redeemed Christian Church of God, RCCG, in Benin, Edo State, where she had gone to read.

The assailants, it was further gathered, left her to die, but she was later rushed to the University of Benin Teaching Hospital, UBTH, where she reportedly died Saturday.

FASTLOADED gathered that on the fateful day, the church security officer had gone to collect keys to the church from its keeper when he was told that there was someone already in the church.

He reportedly got to the church only to find the girl in a pool of her blood with the blood-stained fire extinguisher near her.

It was gathered that after careful observation, it was noticed that she moved her hand and was rushed to the hospital where she was said to have faintly explained what happened to her before she died.

At press time, the state Police Public Relations Officer, Chidi Nwabuzor, did not respond to repeated calls put across to his line.

But the management of the University of Benin confirmed the death through a statement by the Public Relations Officer of the university, Dr Benedicta Ehanire, who noted that losing a child at this time compounds the hardship brought about by the coronavirus pandemic.

Meanwhile, Governor Godwin Obaseki of Edo State has ordered a thorough investigation into the circumstances that led to the death.

In a statement, Special Adviser to the Governor on Media and Communication Strategy, Mr Crusoe Osagie, said Governor Obaseki had mandated the Police and other relevant security agencies to fish out the culprits, who perpetrated the dastardly act and bring them to justice.

He said: “The governor is deeply saddened by the news of the death of Miss Vera Uwaila Omozuwa. We have been in consultation with the Edo State Command of the Nigeria Police Force, NPF, and have mandated thorough investigation of the matter to ensure that those who are responsible for this heinous crime are brought to justice.”

He added that the state government would ensure that the full weight of the law runs its course and that the Violence Against Persons, VAP, Law and other such laws related to rape and sexual abuse are exploited to get justice for the deceased.