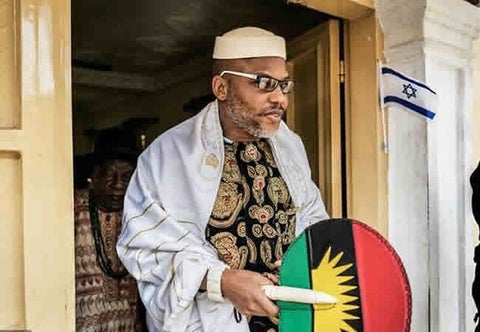 The leadership of the outlawed Indigenous People of Biafra on Tuesday said “the wickedness and stinginess of Igbo leaders” would not deter it and its believers from actualising the Sovereign State of Biafra.

This separatist group also said all Biafrans in the United States of America contributed $2,300 into its defence fund.

The Leader of the group, Nnamdi Kanu, was reported to have said this in a statement by IPOB’s Director of Media and Publicity, Emma Powerful.

The leader of the seccessionist group was reacting against the backdrop of an allegation that his team embezzled the money contributed into the fund by various countries and individuals, across the world.

Kanu stated that the total amount contributed by ‘Biafrans’ globally was $143,000.00, which he said, “Is less than what I spend every single month to run IPOB worldwide.”

All those foaming around the mouth about a defence fund never contributed a penny to it. Not minding the sheer wickedness, apathy, gossipy and stingy nature of Igbo leaders, we have continued to defend Biafraland with very limited resources against Fulani Jihad budget of over $22bn, not including Nigerian Army and Police.

“They forgot that I am a child of Chukwu Okike Abiama, under the most sacred and inviolable oath to restore Biafra and therefore incorruptible, unbribeable and uncompromiseable.”