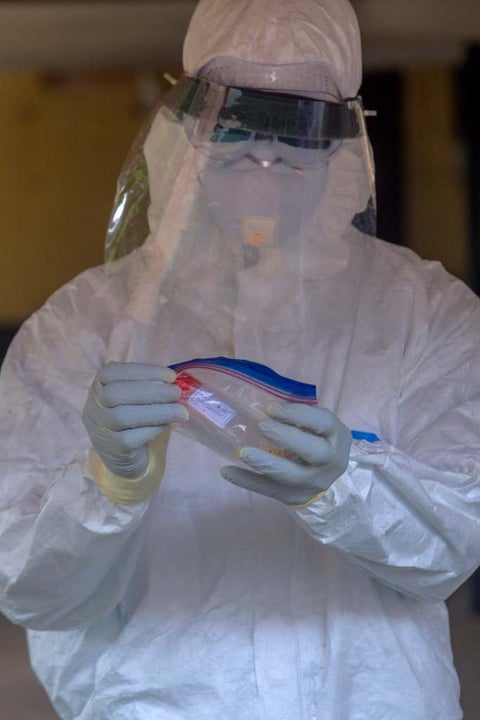 A three-year-old child has tested positive to COVID-19 in Imo, the Chairman of the State Task Force Team on COVID-19, Prof. Maurice Iwu, said on Wednesday in Owerri.

He said that a family of six that comprised the father and three of his children that included the three year-old tested positive for coronavirus pandemics while one of the children tested negative.

He said that the child, regarded by the team as a ‘VIP kid’ would be preferentially isolated.

Iwu said that the team had last month tested 96 travellers intercepted by the security agents with 42 of them testing positive.

He said that 25 of the 42 cases were not residents of the state and had since gone their ways.

He said the task force, in synergy with other stakeholders, had continued on its mandate of communicating, educating and protecting people of the state on the coronavirus pandemic.

The COVID-19 taskforce chairman expressed gratitude to the members of the public whom he said had been providing the team with information about suspected cases who are being tested accordingly.

“It is important to stress that the coronavirus is real but not a death sentence.

“The team has started getting calls from people, informing us of those who are sick, which information is usually scrutinised.

“The task force is here to serve. We are trying to curtail the spread of coronavirus

We urge people to continue to observe all the COVID-19 protocols, such as constant washing of hands under running water, use of alcohol-based sanitiser, social distancing and wearing of face masks,” he said.

He said that churches were also expected to observe the Federal Government’s directive of maintaining coronavirus protocols and strictly adhering to the one- hour-church-service time.

On strangers sneaking into the state, Iwu said that the development was a security breach which calls for local intelligence.

He said that the team had started engaging the services of traditional rulers and community vigilance groups to check such movements and report same to the team.

He added that the recently inaugurated WODDI Isolation Centre would commence full operation on Thursday.

The News Agency of Nigeria reports that Iwu had earlier commended the media for their prompt dissemination of information on what members of the public were expected to do in order not to contract the pandemic.