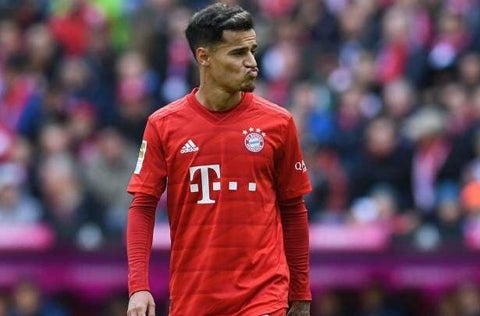 Philippe Coutinho is aiming to return to the Premier League, according to his agent Kia Joorabchian.

Coutinho was a star at Liverpool, yet failed to establish himself at Barcelona following a €145million move in January 2018.

The Brazil playmaker subsequently joined Bayern Munich on loan in August 2019 and has scored eight goals in 22 Bundesliga appearances.

With Coutinho out injured, it does not seem likely Bayern will be extending his stay after electing not to take up a €120m purchase option, with a host of Premier League clubs, including Tottenham, Arsenal and former side Liverpool, reportedly interested.

Joorabchian, who also represents Coutinho’s compatriots David Luiz and Willian, has now confirmed the 27-year-old has set a return to England in his sights.

“He has a desire to come back to the Premier League at some point,” Joorabchian told Sky Sports.

However, Joorabchian insisted talks of Barca putting a £70million (€78m) price tag on Coutinho, or asking for a £9m (€10m) loan fee, are wide of the mark.